Sports betting companies look to cash in on the Super Bowl 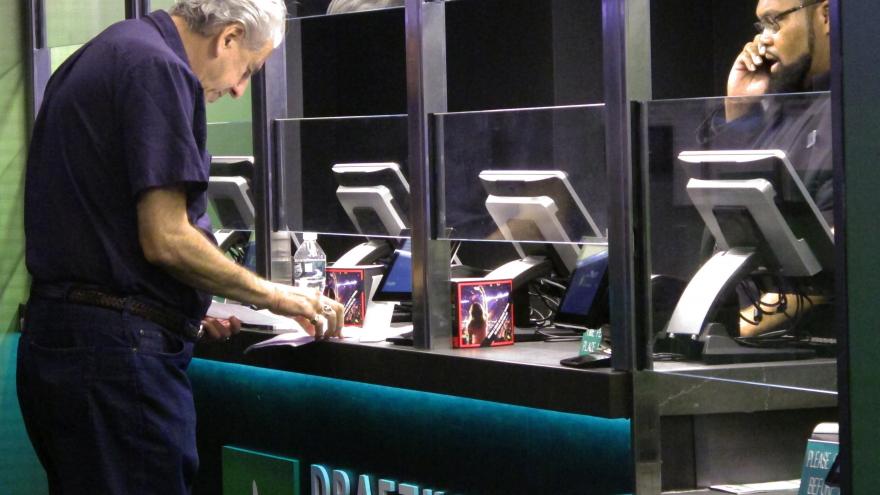 (CNN) -- The Los Angeles Rams or Cincinnati Bengals? No one knows what the outcome of the Super Bowl will be. But one thing seems certain. No matter who wins, sports betting companies could score financial touchdowns.

This year stands to be the biggest one yet for the industry — and that's because it's the first Super Bowl since New York State legalized mobile sports betting.

But these betting operators may need to generate big bucks in New York to turn their fortunes around this year. So far in 2022, like the rest of the market most gambling stocks have not been winning propositions.

The popularity of legal sports gambling has ramped up since 2018, when the Supreme Court ruledall states could set up sportsbooks. But New York is an important milestone because it's a gigantic potential market. It's the fourth most populous state in the country, and it is the biggest one to legalize sports gambling.

So far, six companies have been approved to set up online sportsbooks in the Empire State: DraftKings, FanDuel, Caesars, Rush Street Interactive's BetRivers, MGM and PointsBet.

Though that's good news, those companies' stocks have been hit hard lately. That's mainly due to concerns about how much the companies are spending on advertising to attract new customers. Casinos and other gambling stocks were 2021 losers, too, for that reason.

FanDuel owner Flutter, which is also the parent of Paddy Power in the UK and Ireland, is down nerly 7% this year. So are shares of MGM. The stocks of DraftKings, Caesars and PointsBet have all plunged about 20% this month. And Rush Street Interactive has plummeted 40%.

The house may eventually win after all

Wall Street does see some better days on the horizon, though. Morgan Stanley analyst Thomas Allen upgraded shares of DraftKings last week to an "overweight" rating, which is essentially a buy.

Allen said in a report that early figures from New York State show the industry is off to a solid start and "remind us that the US sports betting/iGaming market is likely to be very large, with only a handful of market share winners."

He expects DraftKings to be one of those winners, "and with sentiment at an all-time low on near-term loss concerns, we see now as a good time to invest for the long term."

Now, you might be wondering what Allen means by "near-term loss concerns." Isn't gambling a profitable business where the house always wins? That's usually true, but the issue right now is that the top gambling companies are all spending heavily on promotional blitzes to try to attract customers — eating into near-term profits.

Many of the gaming companies are offering hundreds of dollars of free bets to lure in new users. They're also plowing a lot of money into expensive commercial campaigns during the National Football League playoffs and other live sporting events.

DraftKings and FanDuel are also advertising aggressively, albeit with less celebrity star power.

Morgan Stanley's Allen expects a shakeout is inevitable. Only a few companies are likely to emerge as winners in legal sports betting once the dust settles.

"While there have been a lot of negative headlines over the promotional activities around the US sports betting industry, it has resulted in a highly concentrated market that should be positive long term," Allen said. "Scale matters and to-date, it appears that only FanDuel, DraftKings, and BetMGM have been able to consistently gain outsized market share."

He added that everyone is fighting to be in the top five in various markets. That includes Penn National Gaming, the casino company that owns a large minority interest in the controversial Dave Portnoy's Barstool Sports. Shares of Penn are down about 15%. Barstool is currently live in eleven states, but not in New York.

There are plenty of opportunities beyond New York, however.

Analysts at Macquarie Research pointed out in a report this month that Ohio, Nebraska, Kansas, Vermont, Massachusetts, Missouri, Maine and Wisconsin may all legalize sports betting this year. And California, Florida, Georgia and Kentucky could follow suit next year.

That's one of the main reasons why Macquarie upgraded shares of Penn National Gaming to an "outperform."

"We believe the market is giving little to no value for the online business" of Penn and Barstool and that they shouldn't be ruled out as a potential online betting winner, the Macquarie analysts said.