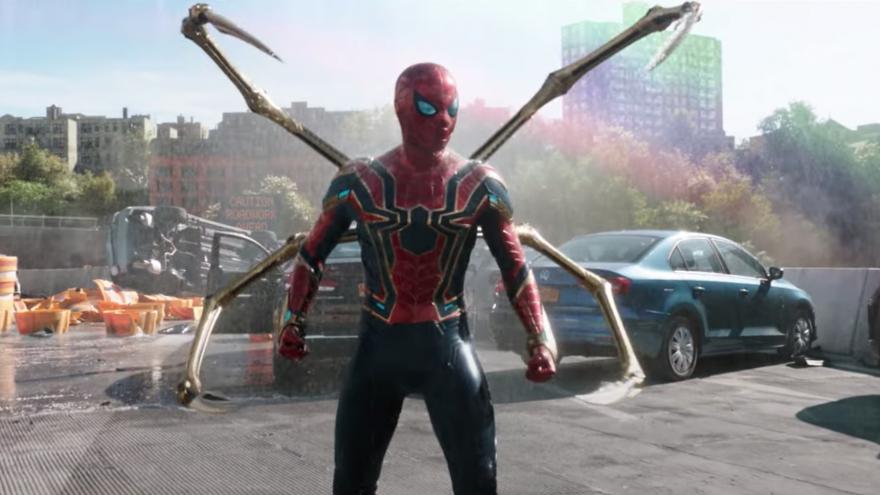 (CNN) -- Theaters needed a hero, and Spider-Man swung in just in time.

"Spider-Man: No Way Home" — the latest movie in the Marvel series — notched a record breaking opening weekend at the domestic box office by bringing in $253 million, according to its studio, Sony.

"Movie theaters have been looking for a hero and Spider-Man swung in and saved the day," Paul Dergarabedian, senior media analyst at Comscore, told CNN Business.

Dergarabedian called the opening "astonishing" and said it "gives an industry hard hit by the effects of the pandemic both a spiritual and box-office boost that could carry forward into the new year."

"As arguably the most important weekend in box-office history, the implications of 'Spider-Man: No Way Home's' performance cannot be overstated in terms of its ability to change a narrative," he added. "It reaffirms the movie theater's place as one of the most viable, relevant, and beloved entertainment institutions."

The film — stars Tom Holland and Zendaya as Peter Parker and MJ as they battle villains from across the Marvel multiverse — brought in a higher opening weekend than some of the most successful blockbusters of all time. That includes "Star Wars: The Force Awakens,""The Avengers" and "Black Panther."

While other box office records have fallen in the past, this weekend for "No Way Home" is particularly impressive.

Theaters desperately needed some good news, as rising Covid cases threaten to keep would-be moviegoers at home and streaming became a more dominant way for viewers to watch big movies from the comfort of their couch.

"No Way Home" — which is exclusive to theaters for the time being — was able to bring in record box office returns even as the Omicron variant caused Broadway shows to cancel in New York City and forced "Saturday Night Live" to pull its live audience.