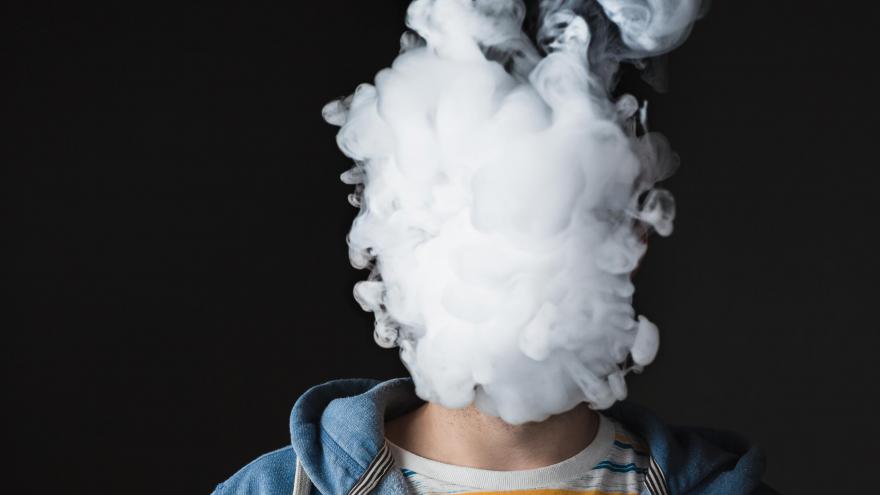 (CNN) -- A new move by Congress targets vaping products that remained on the market despite growing efforts to clamp down on flavors that are especially popular among young people.

Now, a provision in the omnibus spending bill for fiscal year 2022 would move synthetic nicotine under the FDA's umbrella of tobacco products, according to an announcement Wednesday by Senate Majority Whip Dick Durbin.

"They're trying to create it synthetically and argue they're not under FDA jurisdiction," Durbin told CNN Tuesday. "So we wanted to include synthetic forms in the definition, so that the FDA can do its work."

Durbin, along with a number of public health groups, have said this measure could make a significant impact on flavored products known to appeal to children. Meanwhile, proponents of flavors, including industry advocates and vapers themselves, say they can be a useful tool in helping adult smokers transition to a less harmful alternative.

Youth vaping has declined overall in recent years, but flavored disposable and synthetic nicotine vapes have become a larger slice of the pie.

A majority of these students said they vaped flavored products, as well. In 2021, a disposable brand known as Puff Bar -- which uses synthetic nicotine -- was the most popular among students. More than a quarter of high schoolers who currently vaped said that Puff Bar was their usual brand. CNN has reached out to Puff Bar for comment.

Amanda Wheeler, president of American Vapor Manufacturers, shared her concerns in a statement that the provision could ultimately prevent adult smokers from switching to e-cigarettes, and that it would "extend FDA's reach to products that have no actual, physical connection to tobacco whatsoever."

But a number of public health groups applauded the move.

"Tobacco companies are actively using synthetic nicotine to evade FDA oversight and market flavored e-cigarettes that are known to attract and addict kids," Nancy Brown, CEO of the American Heart Association, said in an emailed statement. "By including FDA oversight of synthetic nicotine in the FY22 omnibus spending bill, Congress will help protect kids from a lifetime of tobacco use and nicotine addiction."