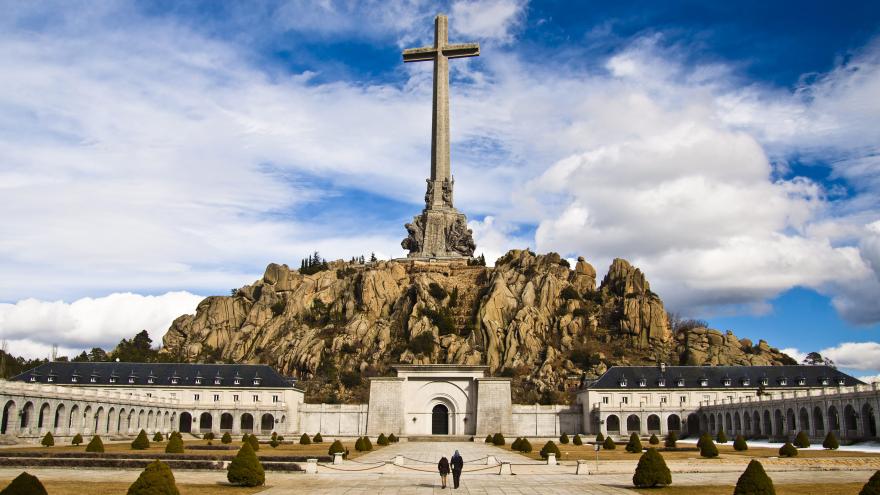 (CNN) -- The government of Spain's Socialist Prime Minister Pedro Sanchez has started the process to open up a mass grave containing the remains of more than 33,000 victims of the country's 1936-39 civil war.

Officials have asked for a permit which will allow them to start exhuming the bodies from the Valley of the Fallen, a vast mausoleum on the outskirts of Madrid built by Spain's former fascist dictator Francisco Franco, according to a statement from the Ministry of the Presidency published Monday.

The remains are buried in the crypt of the Basilica of the Holy Cross, and some of them have been claimed by family members, said the ministry.

The project will involve construction work that will allow workers to safely access and remove the remains.

It is thought that since 1959 the remains of more than 33,000 victims of the Spanish Civil War were shipped to the Valley of the Fallen from all over the country. The crypts containing the remains have not been opened since, according to the ministry.

Structural analysis of the crypts carried out between 2017 and 2019 made it possible for officials to identify possible entrances to the crypts, added the ministry.

On March 29, the ministry also announced the allocation of three million euros ($3.58 million) for a wider program dedicated to the "search, identification and dignifying of people disappeared during the civil war and the dictatorship."

The Valley of the Fallen was partially built by political prisoners of Franco's regime. Franco himself was buried in the basilica when he died in 1975, but in October 2019 his remains was exhumed and moved to the nearby Mingorrubio state cemetery in El Pardo, 12 miles north of Madrid, where his wife is buried.

The exhumation was a key policy pledge from Sanchez when he came to power in 2018.

Franco's family and his far-right supporters opposed the plan and the family unsuccessfully appealed the decision in the courts.

The Valley of the Fallen has become a draw for tourists and far-right sympathizers who conduct annual rallies on the anniversary of Franco's death on November 20.

Franco ruled Spain from the late 1930s until his death. Thousands of executions were carried out by his nationalist regime during the Spanish Civil War and in the following years.

In 2007, the Spanish government passed the Law of Historical Memory, which formally condemns the Franco regime and bans political events at the Valley of the Fallen. It also recognizes the victims of the civil war and the Francoist state and pledges aid to those victims and their descendants.