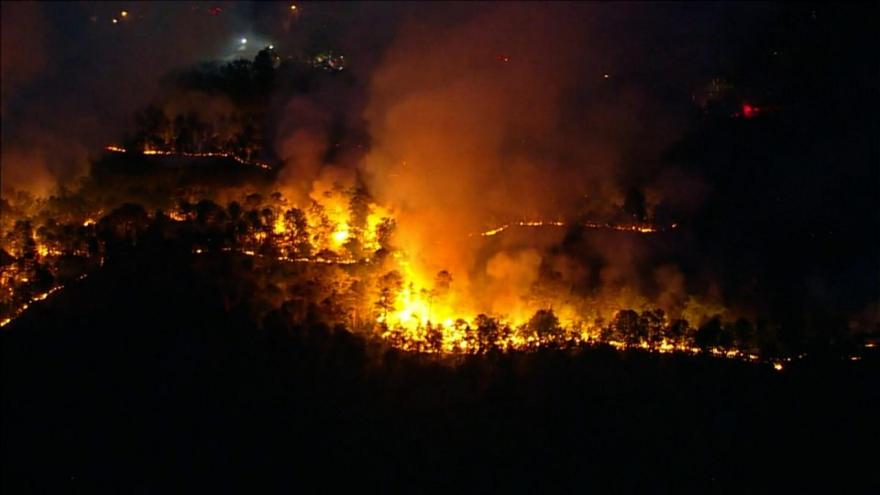 JUBRIQUE, Spain (AP) — Soldiers have been deployed in southeastern Spain to join the battle against a major wildfire that is burning for a fourth day, invigorated by stray embers that sparked a new hot spot.

The blaze in the Malaga province has destroyed nearly 7,000 hectares (17,300 acres) of forest and prompted fresh evacuations.

The total number of residents displaced has risen to around 2,500.

Authorities on Sunday preventively removed residents from six villages, joining over 1,000 people evacuated before the weekend from other areas around the resort town of Estepona.

The Andalusia region's firefighting agency described Sunday as a "key day" for bringing the blaze under control.