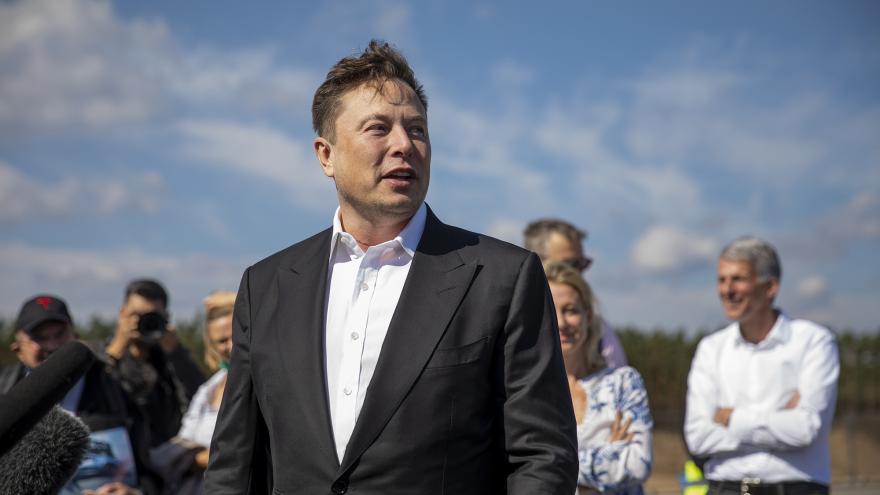 By Emma Tucker and Melissa Alonso, (CNN) -- SpaceX founder and CEO Elon Musk announced Saturday that the company's Starlink internet satellites are now active in Ukraine as the country suffers power outages due to Russia's invasion.

Ukraine's vice prime minister asked Musk to provide internet service to the country amid Russian attacks, and Musk delivered, according to a Twitter exchange between the two on Saturday.

Mykhailo Fedorov, who is also Ukraine's minister of digital transformation, tweeted to Musk: "while you try to colonize Mars -- Russia try to occupy Ukraine! While your rockets successfully land from space -- Russian rockets attack Ukrainian civil people! We ask you to provide Ukraine with Starlink stations and to address sane Russians to stand."

Starlink is a satellite-based internet constellation intended to blanket the planet in high-speed broadband and could potentially bring connectivity to billions of people who still lack reliable internet access.

There have been "intermittent" power outages in Ukraine, but the internet is still "generally available," a senior US defense official told reporters Saturday.

The Starlink system was recently used in Tonga, in the South Pacific Ocean, to provide internet service to connect remote villages following the eruption of an underwater volcano in January, according to SpaceX. The eruption was likely the biggest recorded anywhere on the planet in more than 30 years, CNN reported.