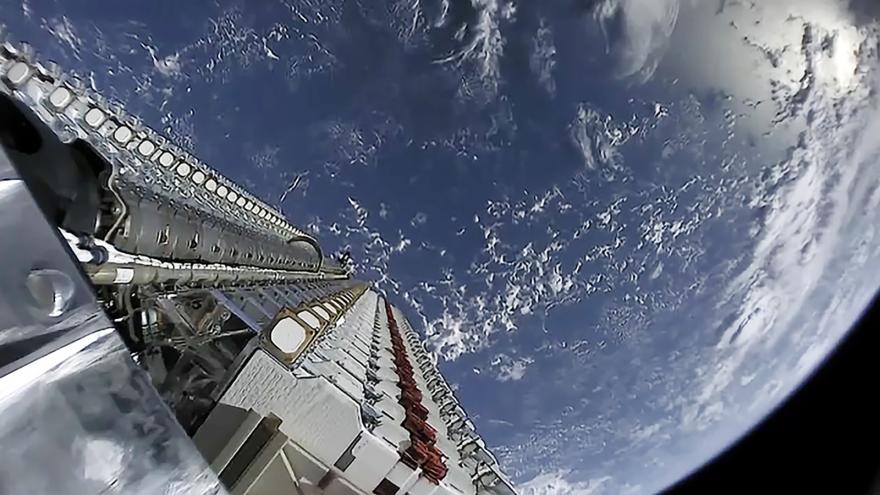 SpaceX is claiming that, if federal regulators allow 5G wireless networks to use a certain band of spectrum, it can cause widespread outages for its Starlink internet customers. Spectrum refers to a range of radio frequencies, and federal regulators closely guard what companies are allowed to use which frequencies so that signals don't interfere with one another.

In a statement, SpaceX targeted Dish Network, which, though primarily known as a satellite TV company, also has a cellular network. SpaceX claims that Dish has attempted to "mislead" the Federal Communications Commission, which allocates spectrum use across telecom companies, and put forward a "faulty analysis" in an attempt to prove that allowing Dish to expand its 5G network would not impact Starlink users.

When reached for comment, Dish said only that its "expert engineers are evaluating SpaceX's claims in the filing."

At the root of the standoff is the 12 GHz band, a slice of radio frequencies that are primarily used for services like Starlink and its satellite internet competitor OneWeb.

In a fiery letter to the FCC, SpaceX's senior director of satellite policy, David Goldstein, writes that "no reasonable engineer" could believe the studies put forward by Dish and its allies. He also urges the FCC to investigate whether the Dish Network and RS Access, another wireless provider, "filed intentionally misleading reports."

SpaceX conducted its own analysis that it claims "corrects some of the egregious assumptions" made in Dish and RS Access' studies.

"If Dish's lobbying efforts succeed, our study shows that Starlink customers will experience harmful interference more than 77% of the time and total outage of service 74% of the time, rendering Starlink unusable for most Americans," SpaceX said in a statement.

The 5Gfor12GHz Coalition — a group of industry stakeholders that includes wireless providers such as Dish — said its engineers were also reviewing the filing "in depth" and "remain committed to working in good faith with the FCC and stakeholders to ensure that the American public is able to reap the immense benefits of 5G services in this band."

The Coalition pointed to a study carried out by an independent firm that found 99.85% of customers using Starlink and similar services "will experience 0 harmful interference with 5G."

The FCC did not immediately reply to a request for comment.

FCC chairwoman Jessica Rosenworcel, a Democrat, called this case "one of the most complex dockets we have" at a House hearing in March.

It's "going to take a lot of technical work to make sure that the airwaves can accommodate all those different uses without harmful interference," she said. "I can assure you that we have our best engineers assessing this right now."

Spectrum rights battles like this one are nothing new. Satellite and telecom companies frequently battle amongst each other for what they view as the most desirable bands of spectrum. The current standoff over the 12 GHz band of spectrum has been going on for more than year, and it's a separate issue than 5G battles over C-band spectrum or a recent scare over interference with airplanes.

Dish has previously lashed out at SpaceX, saying its plans to put Starlink terminals on moving vehicles is illegal and could interfere with Dish's satellite TV customers.

Dish had roughly 8.2 million wireless subscribers as of May and hopes to dramatically expand that business. Public filings revealed earlier this year that SpaceX has more than 400,000 Starlink customers worldwide.