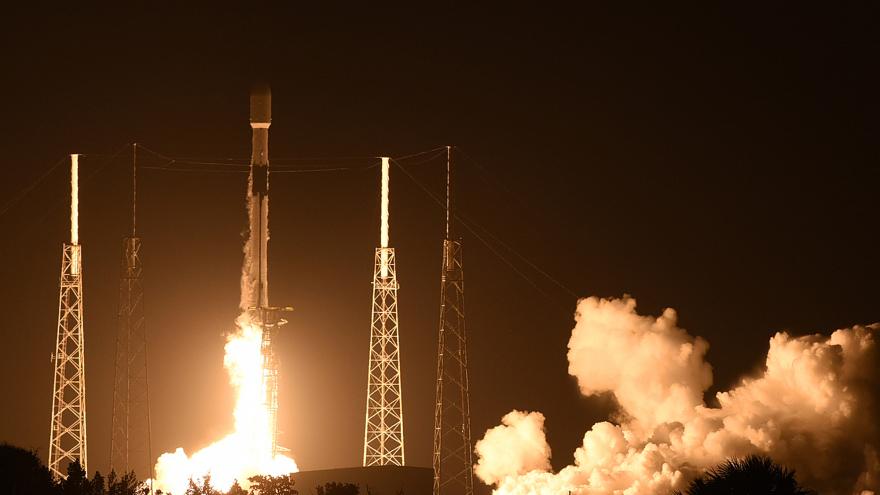 (CNN) -- SpaceX delivered its 19th large batch of Starlink internet satellites into orbit on Monday evening, but in a rare misstep, the first-stage rocket booster used to launch those satellites missed its landing target.

The failed landing was the first time in about a year that SpaceX has lost one of its Falcon 9 rocket boosters, which the company has become accustomed to landing and reusing in order to save money.

It took SpaceX more than two years and about a half dozen crash-landed boosters to hash out how to safely guide them to upright landings. Its first successful booster landing in 2015 was a historic move -- and one that many in the aerospace industry had previously doubted was possible or practical. SpaceX has since landed 67 boosters out of 107 total Falcon 9 launches, and 50 of those flights have made use of previously flown boosters. The booster SpaceX lost on Monday previously powered four different Falcon 9 missions, according to Space.com.

The botched booster landing did not affect the overall success of the mission, which delivered 60 satellites into orbit for the company's forthcoming Starlink internet business. SpaceX's primary mission on Monday, to put its 60 Starlink satellites into orbit, brought the company's internet constellation up to a total of nearly 1,100 satellites. About 10,000 beta testers are already using an early version of the $99 per-month service, and most of them have given rave reviews in online forums.

It's not clear why the booster failed to hit its target. During webcasts of one of its launches, SpaceX typically shows its boosters steering to a landing pad and firing their engines to slow their descent for a pinpoint landing. But on Monday, SpaceX aired footage of an empty platform with a few wayward birds hanging around, and no rocket in sight. "It does look like we did not land our booster...It's unfortunate," said Jessica Anderson, a SpaceX engineer, while hosting Monday's webcast.

The first-stage booster is the largest and most expensive portion of the rocket. SpaceX CEO Elon Musk has said the first stage booster accounts for roughly 60% of the price of building a new Falcon 9 rocket, which the company advertises as a $62 million launch vehicle. SpaceX's efforts to reuse the boosters have set the company apart from competitors around the globe, most of whom willingly leave rocket boosters to plunge to a watery grave after their fuel is spent.

Though Musk has said that recovering and reusing the rockets gives SpaceX a key economic advantage, it's not clear if the efforts save the company a significant amount of money.

SpaceX envisions Starlink will drastically alter how consumers — particularly in rural areas — access the internet. But whether or not Starlink will become a sustainable business remains to be seen. Musk noted in a tweet last week that the company "needs to pass through a deep chasm of negative cash flow over the next year or so to make Starlink financially viable."