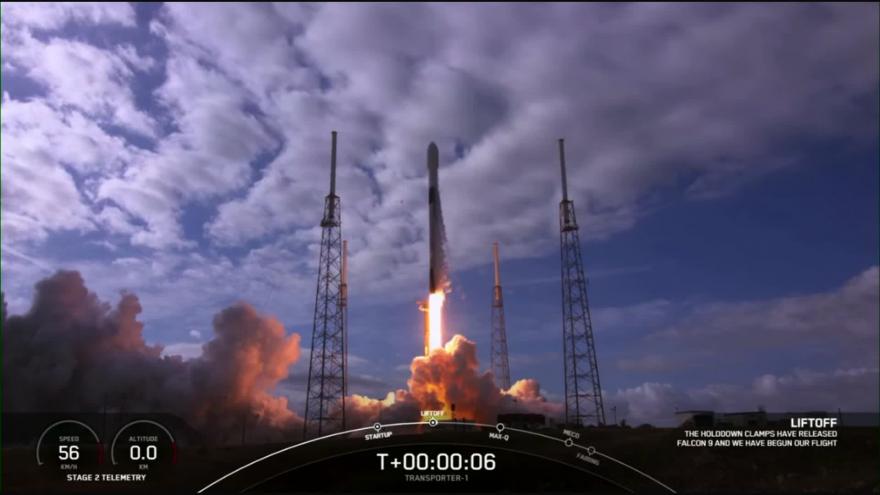 (CNN) -- Jared Isaacman, an entrepreneur behind a payment processing startup, is funding a multimillion trip to space aboard a SpaceX Crew Dragon capsule, which could be the first-ever orbital flight crewed entirely by non-astronauts.

Isaacman, 37, said he will command the mission, which is slated for late-2021 and will see the spacecraft make a "multi-day" trip into Earth's orbit, according to a press release. Isaacman has purchased three additional seats aboard the mission. The seats will be donated to a St. Jude Children's Research Hospital "ambassador," and a member of the public who enters for a chance to join the trip.

The St. Jude ambassador has already been selected, Isaacman said. He did not disclose any details of their identity beyond saying it would be a woman and a front-line healthcare worker who's "committed to helping kids beat cancer."

The fourth seat is reserved for a winner of a contest, limited to customers of Isaacman's eCommerce platform, Shift4Shop. Eligible competitors will have to launch an online store on the platform and tweet a video about their "entrepreneurial story," which will then be reviewed by "a panel of celebrity judges, " according to the company. The names of the judges were not yet disclosed.

It's not clear when the winners will be chosen, though Isaacman told reporters on a conference call Monday that the crew members could all begin training within 30 days.

SpaceX CEO Elon Musk, who has previously expressed interest in joining a SpaceX mission, told reporters that he will not be on the Inspiration4 mission.

Isaacman added that this mission, dubbed Inspiration4, with the "4" referencing the number of crew members, "is the realization of a lifelong dream and a step towards a future in which anyone can venture out and explore the stars."

Isaacman said he wanted the mission to also mark a "historic moment to inspire humanity while helping to tackle childhood cancer," and he pledged to also donate $100 million to the hospital as part of a push to raise $200 million more dollars for the organization's research.

Isaacman is also the CEO of Shift4, a payment processing company that says it processed more than $200 billion in payments in 2019 in industries including retail, hospitality and gaming. Forbes estimates Isaacman has a net worth of roughly $2 billion.

It's not clear exactly how long the trip will be or where in orbit it will fly. Musk told Isaacman on Monday, "wherever you want to go, we'll take you there."

SpaceX has long said it would be open to selling tickets to civilians and tourists for seats on its Crew Dragon capsule, which entered operations last year and is primarily intended to shuttle NASA astronauts to and from the International Space Station. Last February, SpaceX hinted that it would put together a trip for four people to spend a few days in orbit, enjoying Earthly views onboard the 13-foot-wide spacecraft.

SpaceX will train Isaacman, who has previous experience piloting various aircraft, and his fellow crew members for the mission at SpaceX facilities.

That training will involved some of the regimen that professional astronauts undertake, including emergency preparedness, microgravity training and space suit training, according to the press release.

SpaceX — and NASA — have long hoped that SpaceX's new Crew Dragon spacecraft would cultivate more private-sector interest in spending big bucks on space travel. SpaceX created the capsule for NASA under its Commercial Crew Program, which sought to return humans spaceflight capabilities to the Untied States after the Space Shuttle Program's retirement in 2011 left America without that capability for nearly a decade.

But rather than owning the spacecraft, as NASA has owned all previous humans spaceflight vehicles, the Commercial Crew Program allowed SpaceX to retain ownership, allowing it to sell seats to non-astronauts with the aim of drumming up interest in space-based research and tourism.