Southwest warns 6,800 employees of impending layoffs, a first for the airline 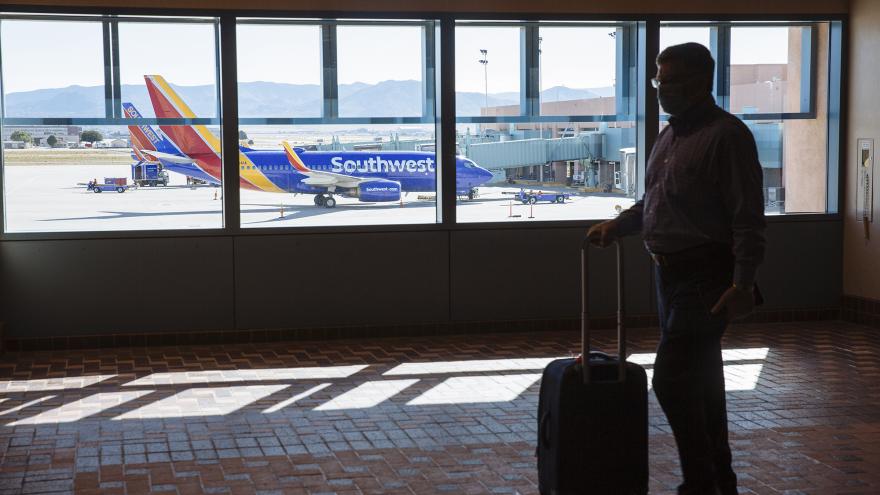 (CNN) -- Southwest Airlines warned 6,800 employees Thursday they may be furloughed in the spring, the airline told CNN.

If the layoffs do take place, they would be the first in the carrier's nearly 50-year history.

The total includes 2,551 ground crew members who handle baggage, cargo, and restocking planes, as well as 1,176 customer service agents, 1,500 flight attendants and 1,221 pilots. The airline said the cuts would take place on March 15 or April 1 for different groups of employees.

US airlines, including Southwest, received a total of $25 billion in federal help earlier this year with the condition that they not institute any involuntary job cuts through the end of September. United and American Airlines furloughed 32,000 employees between them on October 1, the day that prohibition ended.

Delta Air Lines has avoided involuntary job cuts because employees took voluntary buyouts and early retirement offers, and its pilots agreed to changes in their contract that would reduce labor costs. But some 16,000 other job cuts have been instituted or planned across the rest of the airline industry before Thursday's announcement from Southwest.

Southwest has typically been among the most profitable major US airlines. But it has reported losses of $2.75 billion through the first nine months of the year, which also puts it on track for its first annual loss.

Over Thanksgiving, US airlines had their busiest week since mid-March, when the pandemic brought air travel to a near halt. But United, Southwest and American have all warned investors that they are seeing a new drop in bookings as Covid-19 cases have risen nationwide, and public health experts have urged people not to travel during the holidays if possible.

Southwest has asked the 12 unions representing the 83% of its employees who are unionized for approximately 10% pay cuts to avoid furloughs. The airline told CNN it has reached agreements with its meteorologist and dispatcher unions.

An internal memo to employees noted that the airline is open to pay cut agreements with other union groups that would avoid the 6,800 looming furloughs in 2021.

The memo said "we are not closing the door — we'll continue negotiations if union representatives want to continue working toward reaching mutually agreeable solutions."

Several airline unions continue to lobby Congress for a stimulus bill that includes payroll funding for their employees. But despite bipartisan support there has so far been no additional help for the industry approved by Congress.