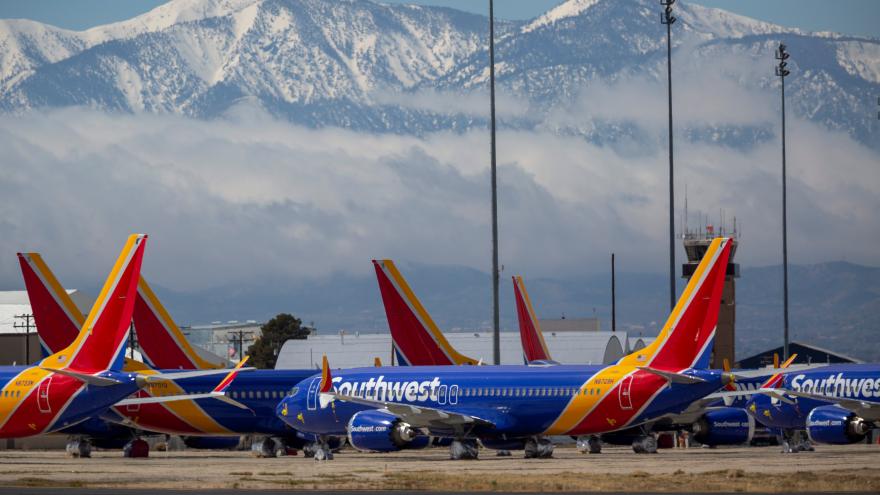 (CNN) -- Following a series of incidents aboard aircraft, including an assault that left a flight attendant with facial injuries and two missing teeth, the union representing Southwest Airlines' flight attendants is urging the company to take stronger steps to protect its members from an "epidemic of aggression and assault."

"We are asking our carrier, the government and the flying public's help in ending this epidemic of aggression and assault. Flight attendants are first responders in the sky who are focused on safety. As people return to the skies, we are asking for everyone's help in complying with flight attendant requests to help ensure a safe and fun atmosphere for all," TWU Local 556 President Lyn Montgomery said in a statement to CNN.

Montgomery said that there were 477 passenger misconduct incidents on Southwest Airlines aircraft between April 8 and May 15, in an open letter to Chief Executive Officer and Chairman Gary Kelly that was sent to union members and posted on its Facebook page.

"This unprecedented number of incidents has reached an intolerable level, with passenger non-compliance events also becoming more aggressive in nature," she wrote.

Southwest Airlines spokesman Chris Mainz said the carrier does not "condone or tolerate verbal or physical abuse of our flight crews."

On Sunday, a Southwest passenger was arrested on suspicion of felony battery causing serious injury after she allegedly struck a flight attendant during a flight from Sacramento to San Diego, according to a statement from the Port of San Diego Harbor Police Department.

CNN was unable to reach the passenger for comment and it is not known if she has an attorney.

Montgomery cited Sunday's altercation in her letter and said the flight attendant had injuries to her face and lost two teeth.

Montgomery called on Southwest Airlines to make sure the flying public is aware that disruptive or violent behavior is punishable through local and federal laws and could result in a ban on flying with the airline.

"Passengers who do not comply with regulations and federal mask mandates cause disruptions to our operations and to our customers' travel plans, resulting in gate returns, flight diversions and delays," Montgomery said. "Consistency is key to this, as well: No passenger should be removed from one flight only to be permitted to board the very next Southwest Airlines flight after a non-compliance incident."

The letter also calls on Southwest Airlines leadership to call on the US government to increase the number of federal air marshals aboard aircraft.

"We understand and share the Union's concerns regarding passenger non-compliance and disruptive behavior," Mainz said. "We are partnering with the (Federal Aviation Administration) to investigate incidents so they may take appropriate actions. We will continue to work with both the FAA and the Union to preserve and protect the safety and well-being of our Flight Crews and Customers."

The Federal Aviation Administration says it has a zero-tolerance policy for unruly passenger behavior and has proposed civil fines ranging from $9,000 to $52,500 against at least 15 passengers in May.

The FAA said in a news release issued on Monday that it had received approximately 2,500 reports of unruly behavior by passengers since the beginning of the year, including about 1,900 reports of passengers refusing to comply with the federal face mask mandate.

This comes as more people are flying, as the summer holidays approach and much of the United States is easing restrictions imposed during the Covid-19 pandemic.