Southwest employee hospitalized after being assaulted by female passenger 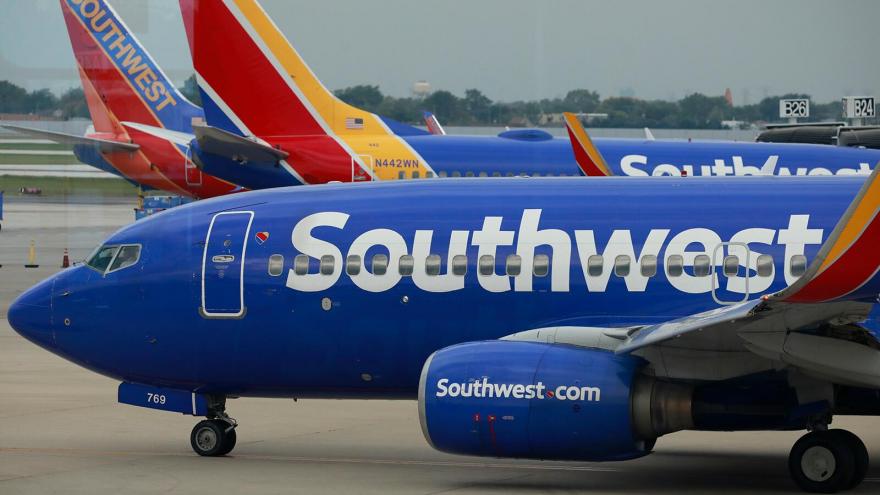 A Southwest Airlines employee was taken to a Dallas hospital after being assaulted by a passenger at Love Field Airport, according to the airline, pictured here in Chicago, Illinois, on October 11.

(CNN) -- A Southwest Airlines employee was taken to a Dallas hospital Saturday after being assaulted by a passenger at Love Field Airport, according to the airline and the Dallas Police Department.

The female passenger "verbally and physically" assaulted the female operations agent shortly after being asked to get off the flight she had just boarded from Dallas to La Guardia Airport in New York City, Southwest told CNN in an email.

Dallas Police said in a statement that shortly after boarding, 32-year-old Arielle Jean Jackson had a verbal altercation with an operations agent in the back of the plane, then was asked to exit the aircraft.

As she was exiting, Jackson got into another verbal altercation with a second agent and struck her with a "closed fist on the head," the statement said.

Jackson was charged with aggravated assault, Dallas Police say. Jail records show she is being held on a $10,000 bond. CNN has not been able to identify an attorney for Jackson at this time.

The employee was transported to a local hospital and released on Saturday evening, according to Southwest's email. She is at home resting, the airline said.

"Southwest Airlines maintains a zero-tolerance policy regarding any type of harassment or assault and fully support our employee as we cooperate with local authorities regarding this unacceptable incident," the email said.

The incident is one among many verbal and physical attacks on flight staff reported during the Covid-19 pandemic. Flight crews have reported 5,114 unruly passenger incidents since the start of 2021, according to the Federal Aviation Administration. FAA data shows more than 70% of incidents were over masks.

The incidents have ranged from shouting to spitting and physical altercations with airline staff.

In May this year a Southwest Airlines passenger who allegedly punched a flight attendant was fined more than $26,000, the FAA said.

The agency announced earlier this month it had fined 10 violent airline passengers a total of nearly $250,000.