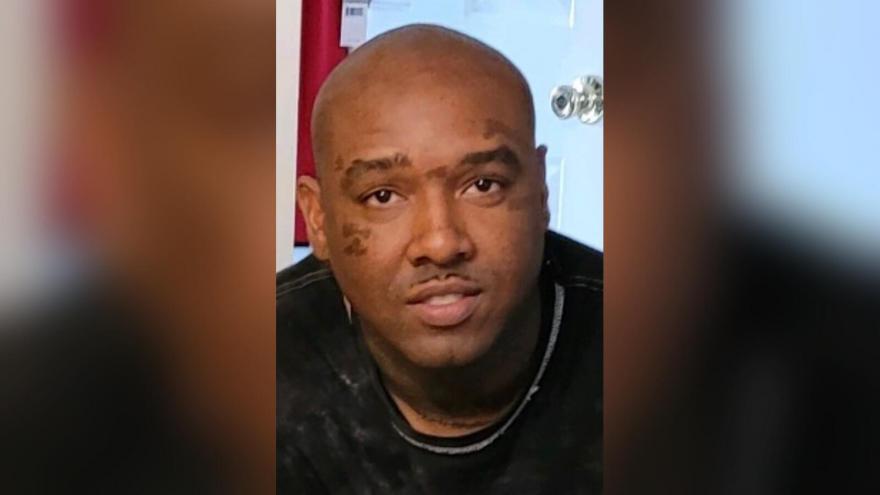 (CNN) -- Following the release of footage showing the death of a Black man as deputies forcibly removed him from his cell, a South Carolina sheriff announced changes to address the safety of mentally ill inmates.

"Our responsibly was the safety of Jamal Sutherland and he died in our facility, so we need to examine that," Charleston County Sheriff Kristin Graziano said.

Sutherland was pronounced dead after attempts by medical staff at the facility to save his life, according to a news release issued by the sheriff's office at the time.

Jamal's mother, Amy Sutherland, criticized the way her son was detained. She was not notified when he was taken to jail from the mental health facility he was in, even though she was his guardian, she said. She also accused the deputies of teasing and provoking her son.

"When they are tasing him, when they are throwing pepper spray, Jamal begins to praise God. Hallelujah, that's who Jamal was," Amy Sutherland told CNN's Don Lemon in an interview Friday.

Graziano said she has already implemented several changes in protocol including allowing detainees of the jail to waive their appearance at bond hearings, adding technology to allow for remote bond hearings as well as an independent assessment done on all policies and procedures.

US Rep. Nancy Mace of South Carolina's 1st District took issue with the fact that Sutherland's death occurred as deputies tried to remove him from the cell for a bond hearing.

"There's no constitutional requirement for someone to go to a bond hearing," she told CNN. "An individual, can refuse to attend a bond hearing."

"You should never receive the death penalty for missing a bond hearing, or for being mentally ill," she said.

To better respond to mental health needs of detainees at the detention center, Graziano said she has implemented a policy to make sure residents get medications they need but acknowledged the sheriff's office needs more mental health professionals on staff -- they have one -- and needs help with training and future policy.

The footage -- from jail surveillance cameras and body cameras -- was released Thursday night at the request of Sutherland's family, Graziano said in a statement posted on Twitter late Thursday night.

"Mental illness does not give anybody the right to put their hands on my child," Amy Sutherland said in a news conference Friday, describing him as "an example of what I wanted him to be."

Family attorney Mark A. Peper said the family would endeavor to answer Sutherland's last question: "What is the meaning of this?"

"People with mental health issues are entitled to the same exact civil rights as you and me and every other healthy, wealthy person in this world," Peper said.

Sutherland's death comes at a time when law enforcement are under increased scrutiny for their use of force, particularly against Black people and other people of color, in addition to their encounters with people in the midst of mental health episodes, like Daniel Prude in Rochester, New York, and Miles Hall in Walnut Creek, California.

The two deputies involved in Sutherland's death were initially suspended for 30 days and are now on desk duty, said Graziano, who was elected in November and began her duties as sheriff on the day of the incident.

Charleston County Solicitor Scarlett Wilson has said her office is reviewing the case and she will decide about whether anyone will be criminally charged "before the end of June."

In a statement released with the videos, Graziano called the incident "a horrible tragedy."

"Our officers removed Mr. Sutherland from his cell that morning in order to ensure that he received a timely bond hearing, as required by law," Graziano said. "Their efforts were complicated by the increasing effects that Mr. Sutherland was suffering as a result of mental illness."

She also offered the family her "sincere condolences and apologies" for what happened.

"My heart goes out to them," she said.

While there are frequent instances of physical confrontations with detainees at the jail, she said she thinks about Sutherland's death and what she saw on video.

"I'm still horrified," she said. "It bothered me."

Peper said Sutherland had asked his family for help dealing with his mental illness on December 31, 2020. The family had taken him to a local mental health center where they hoped he would be safe.

According to North Charleston Mayor Keith Sumney, officers responded to Palmetto Lowcountry Behavioral Health Center on January 4 after calls of a "large scale fight" that had "erupted between patients and staff." In body camera footage released by North Charleston, officers were told Sutherland had punched a staff member and threw a fax machine.

According to Peper, an altercation occurred between two patients other than Sutherland, and that the center had called 911 in response. While police were responding, Peper said, "Jamal became agitated" and intervened in an effort to help.

"Given the confusion, he is alleged to have committed a misdemeanor offense of simple assault on a nurse staff member" at the center, Peper said.

In a statement, the health center's CEO Timothy A. Miller said the staff had "followed facility protocols" in their attempt to bring the situation under control and that police were called to further "help protect the safety of our patients and staff."

On the morning he died, Sutherland was scheduled to attend a bail hearing for a misdemeanor assault charge, according to a statement from Wilson, the county solicitor. Deputies at the detention center were responsible for moving Sutherland from his jail cell, according to the statement.

At the beginning of the footage from one of the body cameras, a deputy is heard saying Sutherland has refused to leave his cell and that he took "an aggressive stance." The deputy also says a captain has been notified and that the judge required Sutherland appear before the judge. Deputies were going to extract Sutherland from the cell while medical personnel were present, he says on the video.

The video shows deputies asking Sutherland to put his hands through the cell door so he could be handcuffed and taken to court. Sutherland is seen in his cell and heard yelling, "I'm warning you, I'm warning you." Deputies note Sutherland has a spoon in his hand.

About 15 minutes pass before a deputy deploys pepper spray into Sutherland's cell. Sutherland is heard coughing and wraps a blanket around his head. Deputies deploy another round of pepper spray a few minutes later, as Sutherland stands in the corner of the cell, covering his face with the blanket.

Deputies soon unlock the cell door and tase Sutherland, who is heard yelling out in pain. While on the ground, Sutherland is ordered to "slide to the door" and "get on your stomach." Video shows him sitting down, inching toward the door.

"What is the meaning of this?" he asks.

The deputies enter the cell to cuff Sutherland and one tells him not to resist. "I'm not resisting, officer," says Sutherland. Deputies try to handcuff Sutherland with his arms behind his back, and a deputy says "loosen up" before using his left hand to force Sutherland to the ground.

The sound of a Taser is heard again as Sutherland cries out. He's seen flat on the ground, his legs flailing as deputies try to gain control, yelling at him, "put your hands behind your back, Sutherland." A male deputy has a knee on Sutherland's back between his shoulder blades while a female deputy sits on his lower back, a knee on each side of Sutherland.

Sutherland is eventually handcuffed and slid out of his cell into a common area, where deputies remove Taser barbs from his front and back and lift a motionless Sutherland into a nearby wheelchair. A medic enters the frame, and a deputy asks, "Will you check him?"

The medic checks Sutherland's pulse and says he's breathing before asking deputies to put him back on the floor. More medics soon arrive to help, and one says they feel a pulse.

Deputies explain what happened. "He got tased about probably six to eight times, at least," one says.