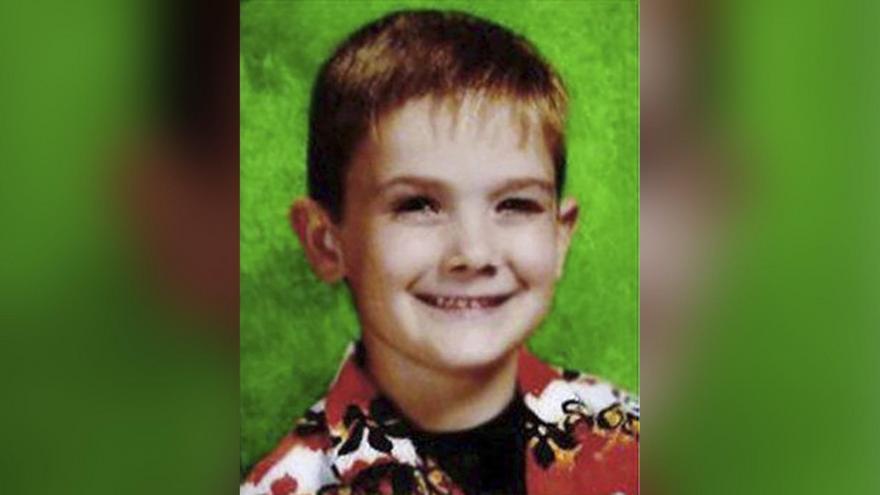 Too often, in missing person cases, questions go unanswered, but every once in a while, the joyous news surfaces: The missing are now the found.

(CNN) -- While death provides some sense of closure, devastating as it is, the disappearance of a loved one brings unimaginable anguish as family and friends are left with so many questions.

Where are they? Did they run away? Are they hurt, or worse? Was there something I could have done?

Too often, those questions go unanswered, but every once in a while, the joyous news surfaces: The missing are now the found.

Friends and family of Timmothy Pitzen, who vanished in 2011, hoped that was the case when a boy claiming to be him surfaced in Kentucky on Wednesday. However, FBI officials on Thursday announced that DNA tests showed the boy was someone else.

As the search for Pitzen continues, here are other cases in which people missing for years were found, either after a rescue or escape:

Amanda Berry, Gina DeJesus and Michelle Knight all accepted rides from Ariel Castro between 2002 and 2004 and were taken into captivity, beaten and sexually abused for years. Berry would give birth to Castro's child while she was his prisoner.

On May 6, 2013, when Castro was away from his Cleveland, Ohio, home, Berry screamed to the neighbors, who helped her and her daughter, 6 at the time, escape. A neighbor called police, who rescued DeJesus and Knight as well.

A judge sentenced Castro to life in prison plus 1,000 years following a plea deal that took the death penalty off the table. He committed suicide in prison a few months later.

Jake Patterson kidnapped Jayme Closs in a home invasion, during which he fatally shot the 13-year-old's mother and father. He bound Jayme, put her in the trunk of his car and drove her to his cabin in Gordon, Wisconsin, a remote town about an hour's drive south of Duluth, Minnesota.

He made her stay under his bed and threatened that if anyone found out she was there, bad things would happen to her, according to a criminal complaint. Closs escaped January 10, flagging down a woman walking her dog, who took her to a nearby home and called police.

Patterson pleaded guilty last month to two counts of murder and a count of kidnapping in a plea deal that is expected to keep him in prison for life. Sentencing is May 24.

Shawn Hornbeck was 11 when Michael Devlin kidnapped him as he rode his bike near Richwoods, Missouri, in October 2002. The pizzeria manager held the boy captive, sexually abused him and told people Shawn was his son.

Two police officers visited Devlin's Kirkwood apartment complex in 2007 on an unrelated call and noticed his white pickup truck matched the description of a vehicle in the kidnapping of Ben Ownby, who had disappeared a few days prior. Devlin's demeanor disturbed the officers, who contacted the FBI. Investigators returned to Devlin's apartment and found both boys.

Devlin pleaded guilty to a raft of charges, including attempted murder and kidnapping. He was sentenced to 74 life sentences in December 2007.

Wolfgang Priklopil snatched 10-year-old Natasha Kampusch from a street in Vienna, Austria, as she was walking to school in 1998. He kept her in a "hermetically sealed" concrete jail in his cellar, sexually abused her and used restraints to keep her in his bed while he slept.

She later wrote that she was beaten as many as 200 times a week -- until she heard her own spine "snap."

One day in August 2006, she was vacuuming Priklopil's car when he stepped away to talk on the phone. Kampush, then 18, left the vacuum running and bolted, reporting to a neighbor who she was. Priklopil jumped in front of a train, killing himself, before police could arrest him.

In June 2002, 14-year-old Elizabeth Smart was dragged from her bed with a knife to her throat, leaving her little sister the only witness to the abduction.

After taking the teen from her Salt Lake City home, Brian David Mitchell, a homeless preacher and the Smart family's handyman, and Wanda Barzee held her captive. She was raped daily.

In March 2003, police officers confronted the trio outside a Walmart store. Smart gave rehearsed answers at first, but once separated from Mitchell and Barzee she told police who she was.

Phillip Garrido and his wife, Nancy, kidnapped 11-year-old Jaycee Dugard in 1991, keeping her in a complex of sheds at their Antioch, California, home.

Jaycee gave birth to two daughters while in captivity. In 2009, Garrido took Jaycee's daughters with him to University of California, Berkeley's campus, where he wanted to host an event. A campus police officer became suspicious and called Garrido's parole officer. Garrido later admitted to abducting Jaycee, who was then 29.

Katie Beers was locked in a dungeon on Long Island and sexually abused by her kidnapper, neighbor John Esposito, in December of 1992.

He kept her there 17 days, chained by the neck in a locked wooden box suspended above the ground. A television in the corner provided the only distraction and light. She was given only junk food to eat. Her captor broke down and she was rescued.

Esposito was sentenced to 15 years to life. Following a parole hearing in 2013, he was found dead in his cell at Sing Sing Correctional Facility, apparently of natural causes.

Tracking Kala Brown's phone records, police went to Todd Kohlhepp's 95-acre farm in Woodruff, South Carolina, and found the 30-year-old "chained up like a dog" in a shipping container in November 2016. Brown and her boyfriend had been missing for more than two months.

Kohlhepp, a real estate agent and registered sex offender, later faced charges of murdering seven people over 13 years, including Brown's boyfriend, Charles Carver, whose body was found along with two others at the farm.

To avoid the death penalty, Kohlhepp cut a plea deal and received seven life sentences, plus 60 years on sexual assault and kidnapping charges.

For 24 years, Elisabeth Fritzl was locked in a basement by her own father, who repeatedly sexually assaulted her. The rapes resulted in seven children, including a twin who died shortly after birth, police said.

She was only 18 when Josef Fritzl threw her into a customized cellar in their Amstetten, Austria, home and told family members she had run away to join a cult. The dungeon remained a secret until April 2008, when Fritzl's then-19-year-old daughter became ill and was rushed to a hospital, where the staff became suspicious and called police.

Fritzl was found guilty of rape and imprisonment at his 2009 trial and was sentenced to life in prison. The state gave Elisabeth Fritzl and her children new identities, a pension and a home in an undisclosed location in rural Austria, according to media reports at the time.