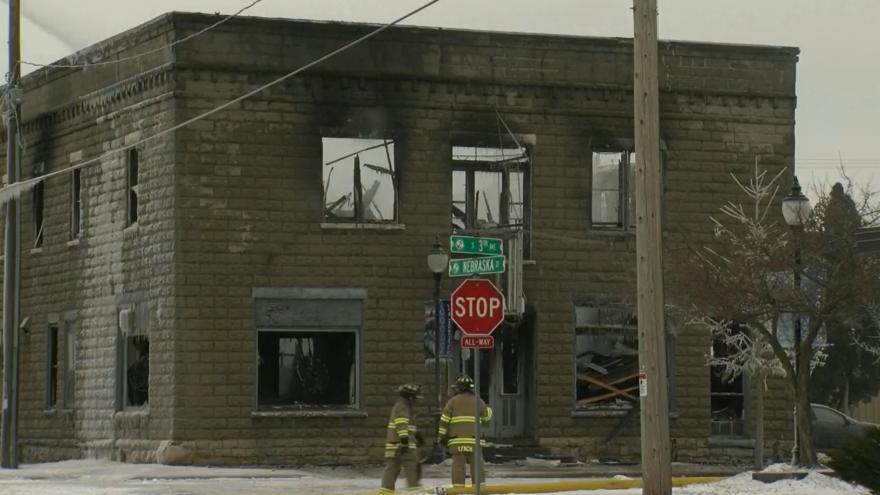 STURGEON BAY, Wis. (AP) — Police in Sturgeon Bay say a body has been found  in the rubble of a bar that burned early Tuesday.

Investigators were still trying to determine the whereabouts of one other individual who was still unaccounted for after a blaze broke out at Butch's Bar.

Nine rooms above the bar were occupied by renters. All but the two who were missing had been accounted for after the fire. One person suffered injuries in the fire and was taken to a hospital, then transferred to a burn unit elsewhere.

Officials say the roof and second floor of the building had collapsed, compromising the integrity of the structure and making it difficult to search further.

STURGEON BAY, Wis. (AP) — Officials are working to locate several people who are unaccounted for after a large fire consumed a Door County bar with rented rooms above it.

Firefighters were called to Butch's Bar in downtown Sturgeon Bay about 3:40 a.m. Tuesday.

One person was taken to the hospital. There's no word on the condition of that individual.

Brinkman says they have made contact with most of the tenants, but not all of them. All nine mainland fire departments on the Door County Peninsula responded and fought the raging fire in frigid conditions.

Officials say the roof and second floor of the building collapsed.