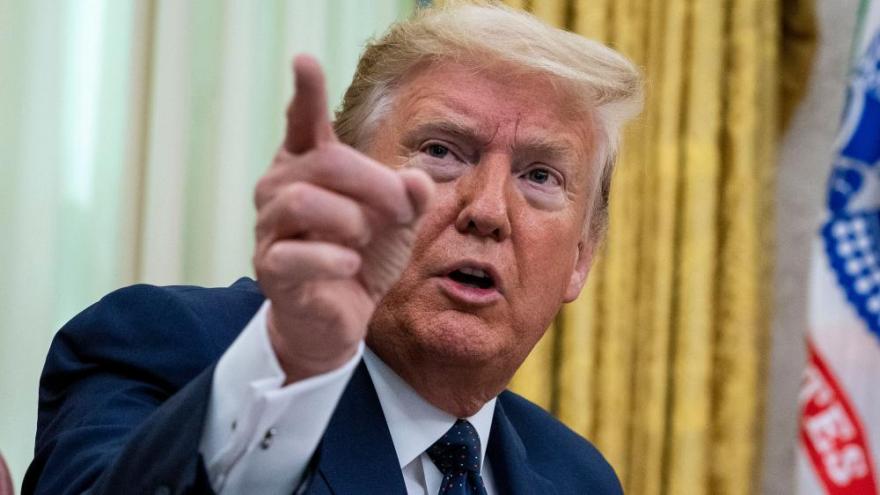 (CNN) -- Some Trump White House documents that have been handed over to the House select committee investigating January 6 had to be taped back together by National Archives staff because they had been ripped up, the agency said in a statement.

The Archives, in response to questions from CNN, said that "some of the Trump presidential records received by the National Archives and Records Administration included paper records that had been torn up by former President Trump."

The agency did not explain how officials know former President Donald Trump himself ripped up the records, but the Archives pointed to previous reporting that White House records management staff had to tape together torn-up documents during the Trump-era.

The Archives pointed to media reports dating back to 2018. That's when Politico reported that the White House employed staff whose jobs partly entailed reconstructing White House communications and documents that crossed Trump's desk that he would tear up.

A spokesperson for the select committee declined to comment.

The committee recently began receiving the documents from the Archives after winning a court battle that went all the way to the Supreme Court. Trump had sued to keep the documents secret, citing executive privilege. The Biden administration chose not to support Trump's privilege claims, and the courts sided with the committee, allowing the documents to be released.

Committee members have said they are still in the process of poring over hundreds of pages of documents as part of the release. While they have not disclosed all of what the documents reveal, court filings have shown the documents include White House call logs, visitor logs, drafts of speeches and three handwritten notes of top advisers.

The committee has said the documents are a key part of their investigation.

"We're glad the Supreme Court ruled in our favor that we may have access to them" Democratic Rep. Bennie Thompson of Mississippi, who chairs the panel, told CNN earlier this month once the committee started receiving the documents it requested. "And we look forward to the National Archives getting them to us."