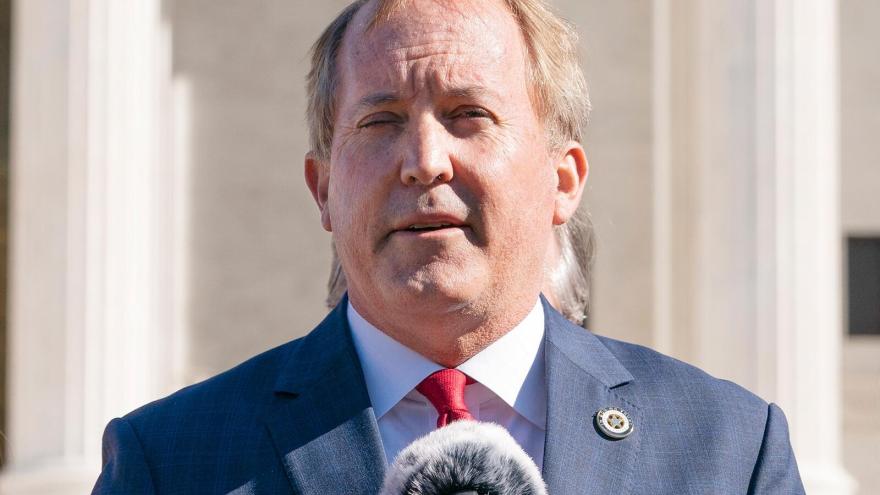 (CNN) -- Now that the Supreme Court has given the green light for lawmakers to prohibit abortion, several states, most of them Republican-led, have taken quick steps to do so. At least 10 states have effectively banned abortion since Friday's ruling.

In all, 26 states have laws that indicate they could outlaw or set extreme limits on abortions, effectively banning abortion in those states, according to the Guttmacher Institute.

Three states -- Kentucky, Louisiana and South Dakota -- had so-called "trigger bans" that went into effect automatically with the Supreme Court's reversal Friday of Roe v. Wade, the 1973 ruling which established a constitutional right to an abortion. Other states have trigger bans with implementation mechanisms that occur after a set period or after a step taken by a state government entity.

Among the trigger-ban states in the latter category, Missouri has already made the move required to implement its ban on abortion, with state Attorney General Eric Schmitt announcing Friday he had taken the step of certification laid out by Missouri law.

Oklahoma, which had recently put in place a law banning most abortions, has also taken the step of implementing its trigger ban, according to the state attorney general's office. Arkansas Attorney General Leslie Rutledge also certified the state's trigger ban, allowing it to take effect Friday, Gov. Asa Hutchinson announced.

Utah's trigger ban went into effect Friday, according to a letter sent by John L. Fellows, the general counsel for the Utah Legislature, which was provided to CNN by KUTV. And on Saturday, Planned Parenthood of Utah filed a lawsuit seeking to block it.

Other states have prohibitions on abortion that had been blocked by courts that had cited Roe's guarantee of a right to abortion. Those states may act quickly to have those court orders lifted so those restrictions can go into effect.

Ohio Attorney General David Yost announced Friday the injunction blocking the state's so-called heartbeat bill, which bans abortions after a fetal heartbeat is detected -- as early as six weeks into a pregnancy, before many women even know they are pregnant -- was dissolved. In court documents, US District Judge Michael Barrett said he sided with Yost in dissolving the injunction, but noted the court "declines to dismiss this case at this juncture. Rather, a status conference will be set by separate notice to discuss further proceedings."

Alabama Gov. Kay Ivey referenced a court order which halted the state's 2019 abortion ban and said in a statement Alabama "will immediately ask the court to strike down any legal barriers to enforcing this law." A federal judge in Alabama on Friday granted an emergency motion to end an injunction against Alabama's ban after the Supreme Court's decision.

States including Wisconsin and West Virginia had abortion restrictions before the Roe ruling that had never been removed.

"We will fight this decision in every way we can with every power we have," Evers said in a written statement.

Wisconsin Democratic Attorney General Josh Kaul told CNN affiliate WISN before the court's decision came down he did not intend to enforce the abortion ban at the state level. However, following the decision Friday, his office issued a statement stopping short of that, saying, "Our office is reviewing today's decision and will be providing further information about how we intend to move forward next week."

States with trigger laws expected to ban abortions in the upcoming days and weeks include Wyoming, Mississippi, Tennessee, Texas and Idaho.

Tennessee Attorney General Herbert H. Slatery III said in addition to implementing the trigger ban set to go into effect in 30 days, the state had asked an appeals court to lift a hold which had been placed on a measure banning abortion at around six weeks into pregnancy.

In Texas, where the trigger ban is to be implemented on the 30th day after the Supreme Court issues its judgment (a court move which will happen in the coming weeks), Attorney General Ken Paxton has announced local prosecutors may now begin enforcing an abortion ban passed by the state before the Roe ruling. (Texas had already effectively banned abortion when it enacted a six-week ban last year.)

It's likely elsewhere in the country, state legislatures will soon be called back into session to pass strict abortion laws that previously would have run afoul of Roe.

Indiana's Republican Gov. Eric J. Holcomb is calling for a return of the General Assembly on July 6, so legislators can consider anti-abortion legislation.

CLARIFICATION: This story has been updated to more clearly describe when Texas' trigger ban will take effect. It's the 30th day after the Supreme Court issues its judgment, a court move that comes after the ruling.

This story has also been updated for additional developments.