Some say a 'Day of the Dead' Barbie is guilty of cultural appropriation. Its designer says it is celebrating tradition 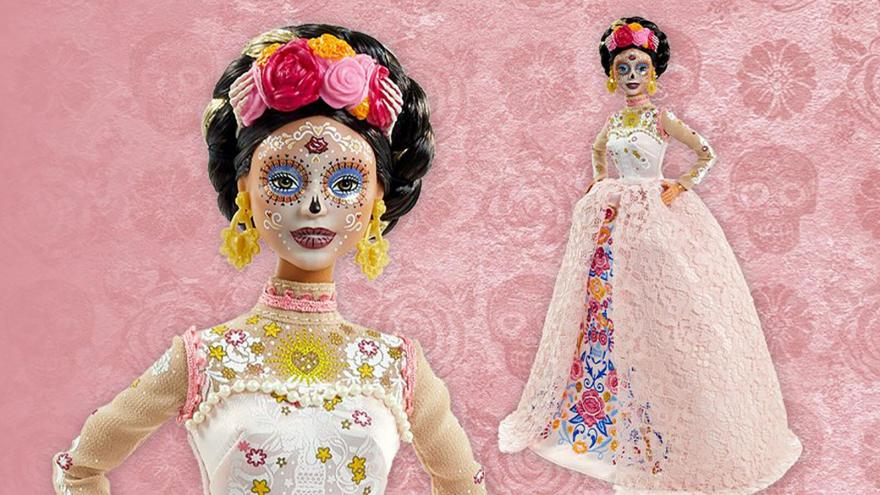 (CNN) -- Mattel is back with its Día De Muertos Barbie doll and it's once again generating backlash.

The doll, the second in Mattel's "La Catrina" collection of Barbies, was designed to celebrate the annual centuries-old Mexican folk tradition, Día de Muertos, sometimes called Dia de Los Muertos. It's celebrated during the first two days of November, in which people honor their departed loved ones.

But critics say the doll is a form of commercialized cultural appropriation -- an attempt to profit off the cultural elements of Mexican culture.

The 2020 Día De Muertos Barbie wears a delicate lace gown and has its face painted in typical "calavera" (Spanish for "skull") style, a design which appears in masks, candied sugar skulls and on faces during the holiday.

"I don't think Mattel has a genuine interest in Mexican culture," Gloria González-López, a sociology professor at the University of Texas at Austin and a Mexican immigrant, told CNN, summing up much of the criticism against the company. "It's more an interest in making money. Who is this doll going to? Is it the Mexican worker who cleans homes? Are they identifying themselves with Barbie?"

"Day of the Dead has been secularized through pop culture, and then it has found a market in this country," González-López said. "Barbie is also already problematic. It's fascinating to see how these standards of beauty are placed on girls, and now we have another layer on top."

González-López isn't the only one to have issue with the doll.

When Mattel first announced the doll last month on Twitter, users there questioned whether any of the profits from this doll were going to go back to the Mexican community.

Mattel declined CNN's request for comment. But the company did share a statement from Javier Meabe, the Mexican-American artist who designed the doll.

"As a Mexican American Designer, it was important to me to use my creative voice to design a doll that celebrates the bright colors and vivid textures of my culture, as well, as have the traditions I grew up with represented and celebrated in Barbie," the statement reads. "For this doll, I was inspired by the color gold seen throughout Mexican culture, jewelry, buildings, statues and artwork and highlighted it throughout the design."

The company described the doll on its website as one that "honors the traditions, symbols and rituals often seen throughout this time."

This isn't the first time a US company has been accused of profiting off the 3,000-year-old Mexican holiday. In 2013, Disney attempted to trademark "Dia De Los Muertos" -- and swiftly retracted the patent request after backlash.

"Dia De Muertos" translates to "Day of the Dead" in English. The holiday is a multi-day Catholic event where people will often visit the graves of their loved ones, decorating headstones with flowers and candles.