Some manufacturers have less than 5 days' supply of computer chips, Commerce Department warns 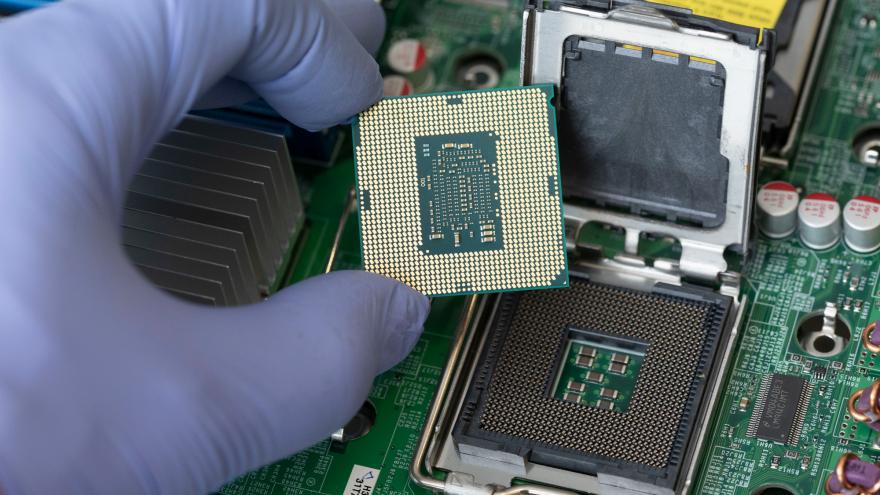 (CNN) -- Some manufacturers that rely on semiconductors are down to less than five days' worth of inventory, according to a report released Tuesday bythe Commerce Department, in the latest indication of the extent of the computer chip shortage.

The report, based on more than 150 responses to a Commerce Department request for information from businesses that produce and use semiconductors, found that the median supply of chips held by manufacturers has dropped from 40 days' worth in 2019 to less than five days' worth last year.

The limited supply means that disruptions to production overseas — such as those from weather or newCovid-19 outbreaks — could again lead to factory shutdowns and furloughed workers in the United States, according to the report. It notes that inventories are even smaller in "key industries."

A global supply crunch sparked by the pandemic and extreme weather in Asia has led to shortages and, in some cases, higher prices of cars, iPhones, washing machines and more — at a time when consumers have never been more reliant on tech devices. Last year, General Motors was forced to temporarily shutter production at most of its North American plants because of the chip shortage, and many other automakers slashed their production plans.

US Commerce Secretary Gina Raimondo told CNN in December that the shortage is unlikely to go away until "deep into 2022." The Commerce Department's Tuesday report found that "respondents did not see the problem going away in the next six months."

The Biden administration has been working to prop up the US chip-making industry, both to ease current supply chain woes and reduce America's dependence on foreign production of the crucial components going forward.

The biggest bottleneck in the chip supply chain is capacity at semiconductor fabrication plants, called "fabs," a problem that's not easily solved quickly. Still, some chipmakers have jumped to contribute. Intel, Taiwan Semiconductor Manufacturing Company and Global Foundries have all announced plans to invest billions of dollars on new plants, including multiple in the United States. Just last week, Intel announced plans to invest another $20 billion to build a chip manufacturing complex outside Columbus, Ohio.

President Biden has urged Congress to pass legislation to address global semiconductor shortages. Congress has passed the CHIPS for America Act, which includes $52 billion in subsidies to support domestic semiconductor manufacturing, but has not yet allocated the funds.

"This is about national security, economic security and it's about jobs," Biden said last week of the need to increase US chip production.

In its report Tuesday, the Commerce Department said it had identified certain semiconductor products for which the supply challenges are most acute, including "legacy logic chips" used in cars, medical devices and other products, and "analog chips" used in image sensors.

"We will target our efforts moving forward on collaborating with industry to resolve bottlenecks" for those specific products, the report states.

The report is likely to bolster those calling on Congress to direct resources to the industry.

Jordan Crenshaw, vice president of the US Chamber of Commerce's Technology Engagement Center, said the findings on the ongoing shortage "highlights the critical need for the United States to invest in expanding semiconductor capacity."

"Congress must get to work on fully implementing and funding the CHIPS Act," Crenshaw said in a statement.