Some Louisiana residents won't have power for weeks, if not months, after Hurricane Laura 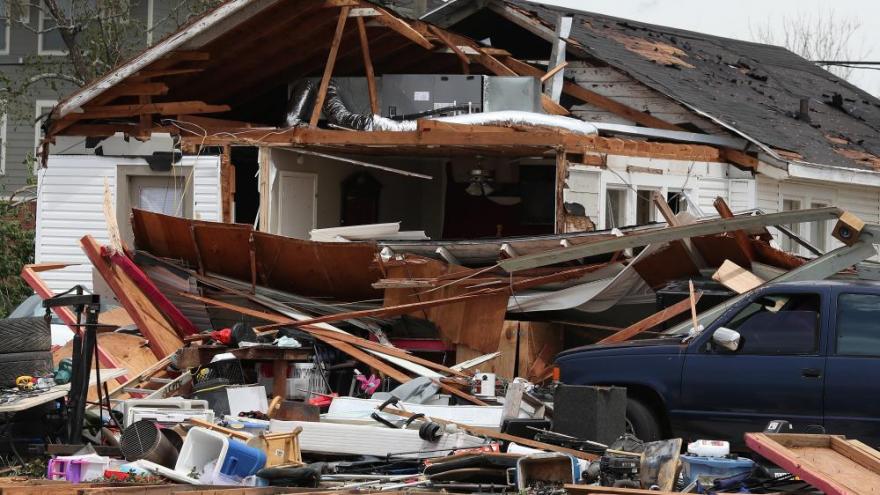 Hurricane Laura caused a storm surge of 9 to 12 feet and pummeled homes in Lake Charles, Louisiana.

Laura destroyed parts of Louisiana's power grid after making landfall Thursday as the strongest hurricane to strike the state since 1856. The storm struck with 150-mph winds, shredded houses and contributed to at least 17 deaths in Louisiana and Texas.

The damage is so extensive that some infrastructure needs to be rebuilt from scratch, said Entergy, a power company that serves Louisiana and Texas.

And that could mean weeks or months of powerless misery in the humid Louisiana heat.

"We expect the recovery to be as difficult and challenging as we have ever faced in the past," said Phillip May, president and CEO of Entergy Louisiana. "Customers should expect extended power outages lasting weeks."

Transmission lines act as the interstate system for electricity, allowing companies to carry electricity generated by power plants to main power lines that feed into communities.

But all seven transmission line corridors feeding into the Lake Charles area "have been catastrophically damaged," Entergy said.

In Cameron Parish, it could take two months for residents to get their electricity back, said Ashley Buller, assistant director of parish emergency preparedness.

Cardone said the water problem is not just due to a loss of power, but also the possibility of broken pipes all over the city.

"There were a lot of uprooted trees on private property," he said. "If they got the water lines on the private property, we'd need to go there and locate it. If people are evacuated, we don't know where the leaks are."

Cardone said he hopes to get running water restored to everyone as soon as possible.

"I can assure you we are doing everything we can," he said. "We understand the criticalness of getting water to our citizens. We are bringing in engineers and generators to work on this. We just took a massive hit with this storm."

The danger of misused generators

Trying to beat the stifling heat with no electricity, some residents have resorted to power generators. But at least eight people have died from carbon monoxide poisoning in Louisiana after using generators.

The state's department of health stressed that generators should be used outdoors and placed away from windows, doors and vents -- all of which can allow carbon monoxide to seep inside.

Because carbon monoxide is odorless, it can be difficult to detect and can be dangerous indoors.