So you raised money for others during the pandemic. Here's how to handle the tax bill you're about to get 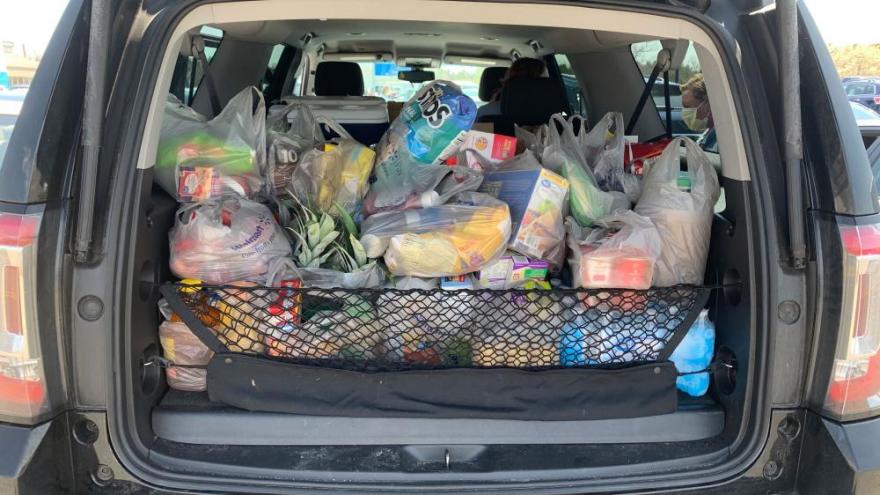 (CNN) -- Louis Goffinet never imagined that raising tens of thousands of dollars to help his community through the Covid-19 pandemic could cost him financially.

The 27-year-old middle school teacher from Mansfield Center, Connecticut, started making grocery runs last April for elderly neighbors who didn't feel safe doing so themselves. Soon, he got a similar request from a family who had recently experienced job layoffs.

Goffinet saw an opportunity to ease the family's financial burden, and appealed to his community through a Facebook fundraiser to cover the cost of the grocery bill.

Overnight, the fundraiser took off. By the end of that week, Goffinet had raised several thousand dollars. So he kept it going, raising more than $30,000 through the summer to help other families pay for groceries, rent and other necessities. He organized a similar fundraiser before the winter holidays, raising an additional $10,000.

Earlier this year, Goffinet got an IRS form stating that he could be on the hook for about $16,000.

At first, he shrugged it off. But as he went to file his taxes, he started to worry and asked his network on Facebook to help him meet his unexpectedly hefty income tax obligation.

"At that point, I'm shocked that I have done all this good, and I was now under the impression that I owed $16,000 in income tax on it, which didn't seem right," Goffinet said. "It didn't seem like that's the way things should be."

Scenarios like Goffinet's aren't uncommon, says Cheryl Metrejean, a clinical associate professor of accountancy at the University of Mississippi. But potential do-gooders need not be deterred for fear of the tax implications -- as long as they know what they're in for.

Some tips to keep in mind

It's easier than ever to set up a personal fundraiser on Facebook or another platform for someone you know or a cause you care about.

But Metrejean says most people don't realize that the money generated from third-party transaction sites like Facebook could be subject to taxes -- because the funds are raised by an individual, not an established non-profit organization.

"Everything is taxable unless it meets an exception," she says.

Whether or not the money generated through a Facebook fundraiser is taxable depends on how much was raised, how it was used and where the organizer lives, the company says on its website.

Those who raise more than $20,000 in a year and exceed more than 200 donations -- like Goffinet -- get a 1099-K form from the fundraising platform, requiring them to report the money as self-employed income.

As long as you can adequately show that all the money you collected through a fundraiser was gifted to others, you shouldn't face taxes for helping those in need, Metrejean says.

For anyone considering starting an online fundraiser to help their community, she offers the following tips:

And if you're confused about how to put it all on your tax return, consult a tax professional.

Fortunately for Goffinet, he likely won't have to shell out thousands of dollars to the Internal Revenue Service for his good deeds.

After consulting with additional tax experts, he said he was advised that the language used in his fundraisers, his expense records and his financial statements should be sufficient to demonstrate that the money he collected was spent as gifts for others -- therefore exempting him from the $16,000 he originally feared he'd have to come up with.

Goffinet now plans to establish a formal, non-profit organization to continue serving the people in his community.

As for the people who sent him money to help cover his anticipated tax burden, they'll soon be getting a donation receipt letting them know how their gift was used.

Goffinet says he had no idea that the community fundraiser he started last April would get so big. But despite the effort it required and the stress it brought, he has no regrets.

"It's something I'm really glad that I did, and something that I am looking forward to doing as I move forward," he said.