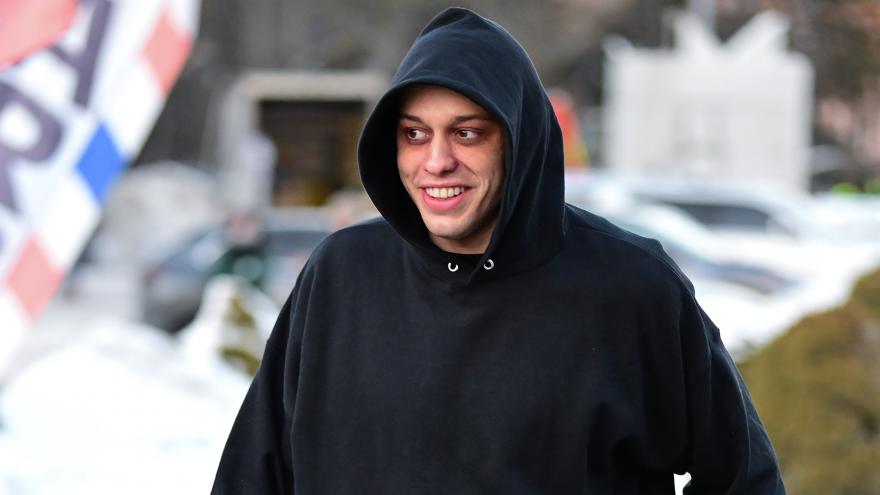 (CNN) -- Saturday Night Live star Pete Davidson is not going to be on Blue Origin's next space flight after the company pushed back the launch date by six days.

The launch of the Jeff Bezos-owned company's rocket originally set for March 23 is now slated to fly on March 29, the company said in a tweet late Thursday.

"Blue Origin's 20th flight of New Shepard has shifted to Tuesday, March 29. Pete Davidson is no longer able to join the NS-20 crew on this mission. We will announce the sixth crew member in the coming days," the tweet said.

Five paying customers are set to go on the flight. They include Marty Allen, an investor and the former CEO of a party supply store; Jim Kitchen, an entrepreneur and business professor; George Nield, a former associate administrator for the Federal Aviation Administration Office of Commercial Space Transportation; Marc Hagle, an Orlando real estate developer and his wife, Sharon Hagle, who founded a space-focused nonprofit.

After years of quiet development, Blue Origin's space tourism rocket made its crewed launch debut last year with Bezos, flying alongside a heroine of the space community, Wally Funk, his brother Mark Bezos and a paying customer.

Since then, Blue Origin has been making headlines for flying other well-known names on two subsequent flights, including Star Trek star William Shatner and Good Morning America host Michael Strahan.

Blue Origin's goal is to make these suborbital spaceflights a mainstay of pop culture, giving a 10-minute supersonic joy ride to welcomed guests — which thus far have mostly been celebrities — and anyone else who can afford it.

- Jackie Wattles contributed to this report.