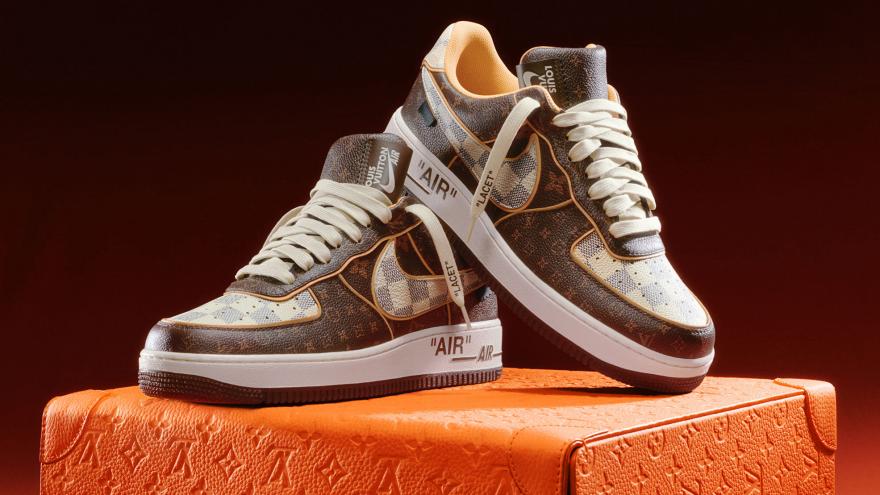 The special edition Louis Vuitton and Nike "Air Force 1" sneakers were designed for the Louis Vuitton Spring-Summer 2022, Sotheby's said in a press release.

The auction marked the first time the sneakers were released for sale, Sotheby's said. A spokesperson told CNN Thursday that, as a collection, the sneakers had secured "a record auction total" for fashion.

Individual pairs of sneakers have, however, commanded a higher price. This includes a pair of Nike Air Ships worn by basketball star Michael Jordan, which sold for $1.47 million in October.

Abloh, who was the artistic director for Louis Vuitton menswear -- and the fashion house's first Black artistic director -- died in November at the age of 41 after privately battling a rare form of cancer for two years.

Each pair was sold with an orange Louis Vuitton carry case made of taurillon leather and reinterpreted from earlier designs in the fashion house archive.

Proceeds from the sale will go to the Virgil Abloh "Post-Modern" Scholarship Fund, a charity set up to support the education of promising students of Black, African American and African descent, the auction house added.

Abloh had been involved in early organization of the auction before he died, Sotheby's said.

Charles F. Stewart, CEO at Sotheby's, said in a statement that the "record-breaking" auction, which saw "unparalleled global participation," was testament to Abloh's legacy as "one of the most visionary artists and designers of his generation whose widespread influence and impact is still palpable."

As well as being a fashion designer at Louis Vuitton, Abloh founded the label Off-White. He was also a DJ and a former creative director at design agency Donda, owned by Kanye West, who is now known as Ye.

At Louis Vuitton, he was credited with bringing in a younger demographic appeal to the brand, and for blurring the lines between high fashion and streetwear.