Smartphone addiction ruins sleep, study says, but you can fight back 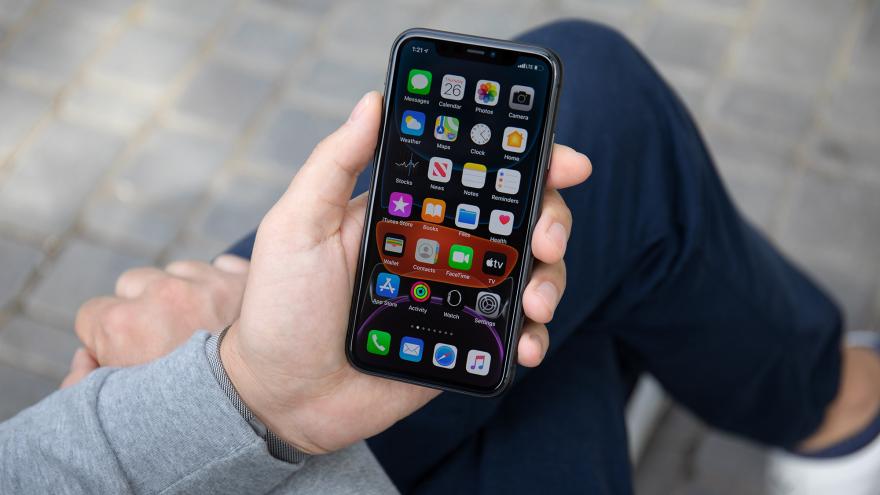 (CNN) -- Addiction to smartphones will result in poor sleep, according to a new study.

The study, published Tuesday in Frontiers in Psychiatry, looked at smartphone use among 1,043 students between the ages of 18 and 30 at King's College London. Researchers asked the students to complete two questionnaires on their sleep quality and smartphone usage, in person and online.

Using a 10-question validated scale that was developed to assess smartphone addiction in children, nearly 40% of the university students qualified as "addicted" to smartphones, the study found.

"Our estimated prevalence is consistent with other reported studies in young adult populations globally, which are in the range of 30--45%," lead author and King's College medical student Sei Yon Sohn and her coauthors wrote in the study.

"Later time of use was also significantly associated with smartphone addiction, with use after 1 a.m. conferring a 3-fold increased risk," the authors wrote.

Students who reported high use of cellphones also reported poor sleep quality, the study found. That falls in line with prior studies that have found overuse of smartphones at night to be associated with trouble falling asleep, reduced sleep duration and daytime tiredness. That's likely because use of smartphones close to bedtime has been shown to delay circadian rhythm, the body's normal sleep-and-wake clock.

In fact, the No. 1 rule is "no computers, cell phones, and PDAs in bed and at least one hour prior to bed time," Dr. Vsevolod Polotsky, who directs sleep basic research in the division of pulmonary and critical care medicine at Johns Hopkins University School of Medicine, told CNN in a recent interview.

That's because "any LED spectrum light source may further suppress melatonin levels," Polotsky said. Melatonin, secreted in a daily 24-hour circadian rhythm, is often referred to as a "sleep hormone," because we sleep better during the night when levels peak.

"This is a cross-sectional study, and as such cannot lead to any firm conclusions about phone usage as the cause of reduced sleep quality," said Bob Patton, a lecturer in clinical psychology at the University of Surrey, via email.

"It does, however, provide some compelling evidence that the nature of smart phone usage and its related consequences are important considerations in addressing the emerging phenomenon of 'smartphone addiction,'" said Patton, who is lead for the Drugs, Alcohol & Addictive Behaviours Research Group at the university.

Andrew Przybylski, a senior research fellow and associate professor at the University of Oxford, disagreed that science has validated any "so called 'smartphone addiction,'" as it is "not recognised by any global health body and is not a psychiatric disorder."

"Readers should be cautious of making any firm conclusions about the impact of smart phone use in the general population, or the idea that they're addictive in any objective sense, on the basis of this work," said Przybylski, who is also director of research at the Oxford Internet Institute, via email.

The authors acknowledged the limitations of their study, but stated: "Should smartphone addiction become firmly established as a focus of clinical concern, those using their phones after midnight or using their phones for 4 or more hours per day are likely to be at high risk."

Fighting back to gain zzz's

Cellphone addiction is also known as nomophobia, which stands for NO MObile PHOne phoBIA -- a 21st century term for the fear of not being able to use your cellphone or other smart device. Are you one of the addicted? There is a quiz you can take to find out.

If you, or a loved one, seem to have the symptoms of smart device or internet addiction, experts have some suggestions.

Schedule timeouts. First, turn off your phone at certain times of the day, such as when you're attending meetings, having dinner, playing with your kids and of course, driving.

Ban apps from mobile devices. Remove social media apps, like Facebook and Twitter, from your phone, and only check in from your laptop. Try to wean yourself to 15-minute intervals at set times of the day when it won't affect work or family life.

Substitute. Try to replace your smart device time with healthier activities such as meditating or interacting with real people.

Improve sleep. Don't bring your cellphone and its harmful blue light to bed. Use an old-fashioned alarm to wake you.

You can also sign up for CNN's newsletter series Sleep, but Better. We'll teach you top tips on improving your zzz's.