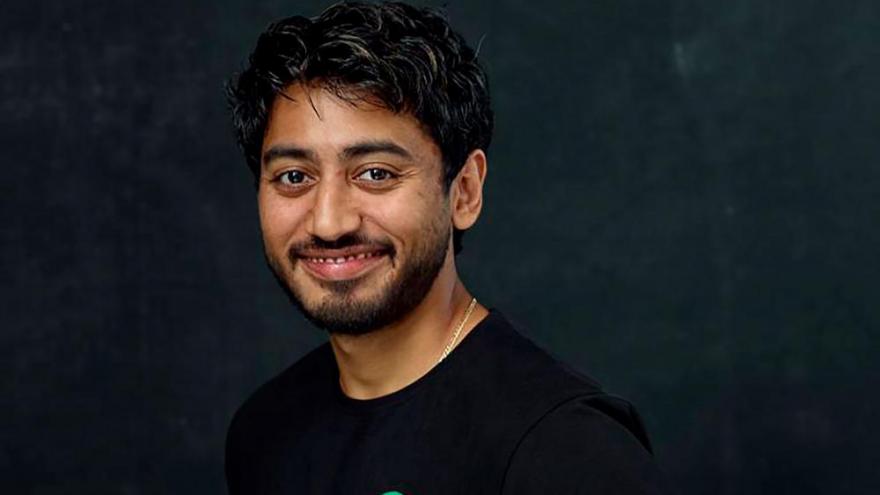 This undated photo, provided by Gokada, shows company founder and CEO Fahim Saleh. A personal assistant Tyrese Haspil, was arrested Friday plead not guilty to a murder charge in the death of Saleh.

(CNN) -- The 21-year-old executive assistant accused of killing and decapitating his boss at the tech CEO's luxury Manhattan condo pleaded not guilty to second-degree murder, his attorneys said Sunday.

Tyrese Haspil, a native New Yorker, has had no prior contact with the criminal justice system before his alleged involvement in the grisly murder, said Sam Roberts and Neville Mitchell, Legal Aid Society attorneys with the Homicide Defense Task Force.

"We are in the very earliest stages of ferreting out the truth. The life of this case promises to be long and complex. As the attorneys for Mr. Haspil, we urge the public to keep an open mind," they said in a statement.

Haspil is charged with the murder of Fahim Saleh, a tech entrepreneur and the CEO of Gokada, a motorbike ride-hail company in Nigeria, which launched in 2018. Saleh, 33, was found dead in his Lower East Side apartment on Tuesday, police said.

Haspil allegedly assaulted Saleh with a Taser before killing him and dismembering his body, police said.

Haspil handled Saleh's finances and personal matters, according to police, and a law enforcement official said he owed Saleh tens of thousands of dollars and was on a repayment plan.

When Saleh's cousin rang the doorbell to his condo, the assistant was allegedly dismembering his body with an electrical saw and fled, according to a law enforcement official. The cousin found that Saleh's head, arms and legs had been severed in the living room of the condo, NYPD Chief of Detectives Rodney Harrison said.

According to the complaint, video surveillance shows a male, identified as Haspil, following Saleh up the elevator into his apartment on Monday and shooting him with a Taser.

Saleh, according to the medical examiner, was stabbed five times in his neck and torso, had multiple incise wounds to his arms and left hand and a contusion to his left forehead, the criminal complaint says.

Haspil's next court date is scheduled for August, according to the District Attorney's office.