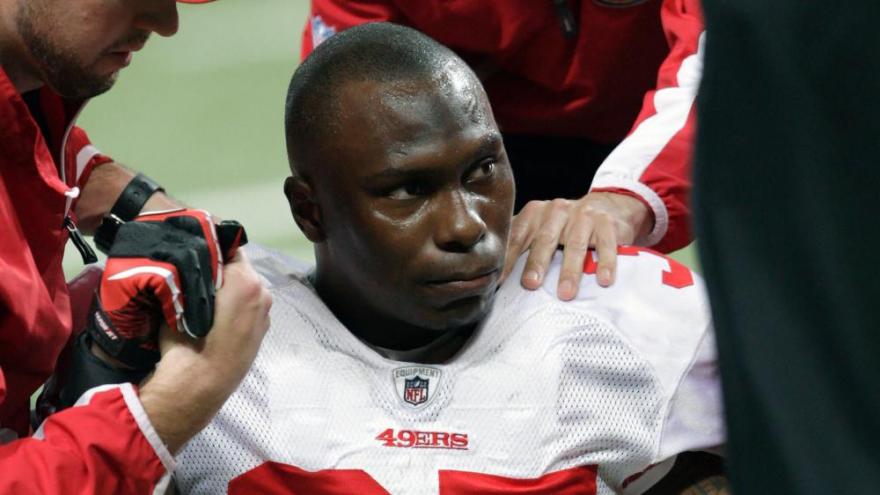 (CNN) -- The sixth victim of a shooting in Rock Hill, South Carolina, earlier this week has died, the York County coroner announced Saturday.

Air conditioning technician James Lewis, of Gastonia, North Carolina, was found dead outside. Shook was still alive and was taken to Atrium Medical Center in Charlotte, North Carolina, where he underwent multiple surgeries but died of his wounds late Saturday afternoon.

"We are all heart broken. Please keep his family in your prayers tonight and in the coming days as we all face this together," Shook's employer, GSM Services, said in a statement Saturday. The company also employed Lewis.

Adams, a former NFL player, was found dead hours later of a self-inflicted gunshot wound in the bedroom of a home about a quarter mile away that he shared with his parents.

Tolson said it was unclear why Adams took two guns to the Lesslie property in Rock Hill, a city of 74,000 residents just across the border from Charlotte, North Carolina.

"There's nothing about this right now that makes sense to any of us," the sheriff said.

A statement from the doctor's four children said the family is dealing with unimaginable loss.

"While we know there are no answers that will satisfy the question 'why,' we are sure of one thing: we do not grieve as those without hope. Our hope is found in the promise of Jesus Christ, and we are enveloped by peace that surpasses all understanding," the statement says.

Investigators do not yet know what led to the shootings, though they believe Adams was the only assailant, Tolson said.

"We probably have more questions than you do about this case," the sheriff told reporters Thursday.

Something that Adams left at the home led investigators to believe he was the gunman, and they went to the nearby Adams family home, Tolson said.

Officers removed the parents from the home, and tried to contact Adams. They eventually found him deceased, Tolson said, though they did not hear gunshots.

When asked whether Adams, who played in the NFL from 2010 to 2015, was a patient of the doctor, Tolson said: "We have not been able to verify that."

Adams played as a defensive back from 2010 to 2015 for NFL teams including the San Francisco 49ers, Seattle Seahawks, Oakland Raiders, New York Jets and Atlanta Falcons.

Adams' father, Alonzo Adams, told Charlotte TV station WCNC on Thursday morning that Lesslie used to be his doctor years ago. He said his son was a quiet, good kid -- but he thought football had taken its toll.

Phillip Adams had some notable injuries in the NFL. That included a serious ankle break in his rookie season in 2010, the Associated Press noted at the time.

He also suffered a couple of concussions two weeks apart in December 2012, PBS reported at the time.

Phillip Adams played at South Carolina State University in Orangeburg before his NFL days. He went to Rock Hill High School in his hometown, according to a SCSU athletics media guide.

Doctor had been practicing in area since 1981

Gov. Henry McMaster tweeted his condolences to the victims.

"Tragic and heartbreaking news from Rock Hill this morning. Please join @1stLadySC and I in lifting up the Lesslie family in prayer during this difficult time," the tweet read.

Trent Faris, the York County Sheriff's Office's spokesperson, said Thursday he knew Lesslie, and that "Dr. Lesslie was my doctor growing up."

"Dr. Lesslie has been one of those people that everybody knows. He started Riverview Medical Center in Rock Hill and it has been a staple in Rock Hill for years," Faris said.

"If you are from Rock Hill and you are from around this area, the people who are involved are very prominent and very well known in York County," Faris said.

Lesslie was the founder of Riverview House Calls and Riverview Hospice and Palliative Care, according to the services' joint website, and had been practicing in Rock Hill since 1981. In a personal bio page, Lesslie says he and his wife had been married for 40 years, raised four children and had nine grandchildren.

"In my spare time, I enjoy ?writing, golf, hunting, growing fruit and hops, and bagpiping," the bio page says.