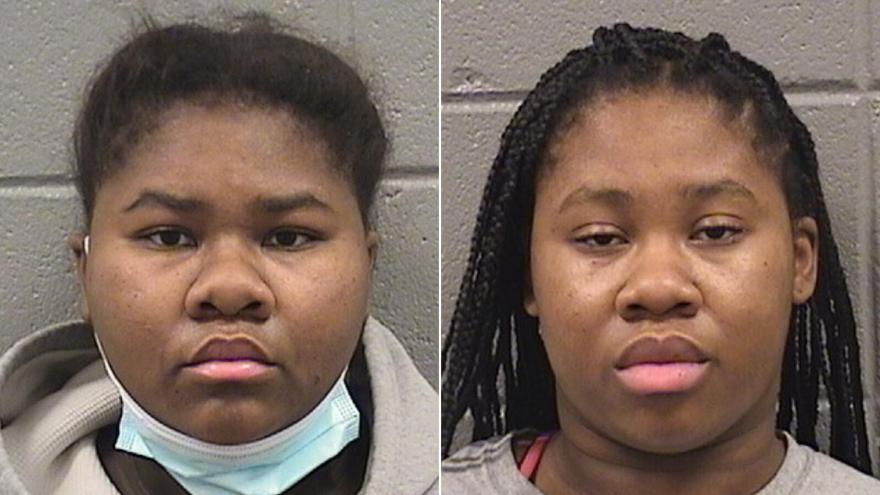 Jessica, left, and Jayla Hill are charged for allegedly stabbing a store security guard after being told they needed to wear a mask and use hand sanitizer.

(CNN) -- Two sisters are being held on attempted first-degree murder charges in Illinois for allegedly stabbing a store security guard after being told they needed to wear a mask and use hand sanitizer.

The sisters entered a retail store and got into a verbal altercation with the victim, a 32-year-old man who was working as a security guard, Chicago Police said.

The Cook County State's Attorney's Office said the man had told the sisters they had to wear a mask and use hand sanitizer.

Their argument became physical when Jessica Hill, 21, pulled out a knife and stabbed him in his back, neck, and arms 27 times, according to the criminal complaint.

Her sister, 18-year-old Jayla Hill, held the victim down by his hair while the attack occurred, according to the complaint.

Police said the victim is in stable condition.

Both women were taken to the hospital immediately after the incident for minor lacerations and charged with attempted first-degree murder, according to police.

Jail records show they are currently being held without bond.

Their next court hearing is scheduled for November 4, according to jail records. It is unclear who is representing them at this time.