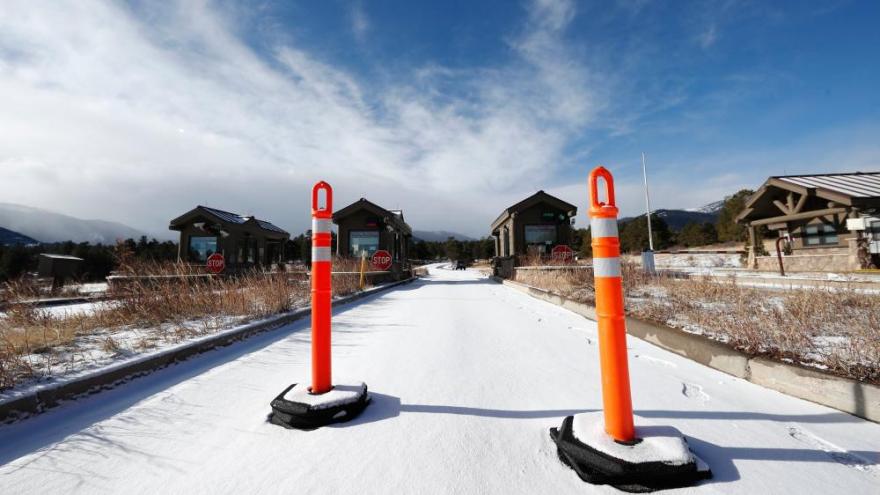 Covering more than 792,000 acres from Palm Springs north to the town of Joshua Tree, the park said on its website that it was shutting down at 8 a.m. Thursday "to allow park staff to address sanitation, safety, and resource protection issues ... that have arisen during the lapse in appropriations."

Park access and limited basic services will be restored "in the coming days," park officials said in a statement.

Agencies from the National Park Service to the Environmental Protection Agency to the Smithsonian museums have been feeling the pinch as a quarter of the federal government employee workforce began 2019 out of work -- or working without a paycheck.

Unlike some previous government shutdowns, in which national parks closed entirely, gates at most parks have remained opened under the Trump administration, though parks are severely understaffed.

Parks officials said surrounding communities have provided significant assistance and support and they hope to reopen the park soon to "mitigate any negative impact on the local economy."

Joshua Tree shut down its campgrounds last week due to health and safety concerns over near-capacity pit toilets.

Signs at Joshua Tree informed campers that the grounds would close "for the safety of visitors and park resources" due to a "lapse in federal appropriations."

Handwritten signs urged visitors: "Pack out your trash. There are no trash services at this time."

The shutdown left a stinking mess at Yosemite National Park in the Sierra Nevada mountain range in eastern California.

Yosemite, one of the nation's most-visited national parks, remained open but various campgrounds, as well as snow play areas, are "closed due to human waste issues and lack of staffing," according to its website.

The government shutdown started after President Donald Trump refused to back down on a demand for funding of his long-promised border wall.

Key parts of the federal government have been impacted since December 22 by the shutdown, including the departments of Homeland Security, Justice, Interior, State and Housing and Urban Development.