Should tourists have been on New Zealand's volcanic White Island? 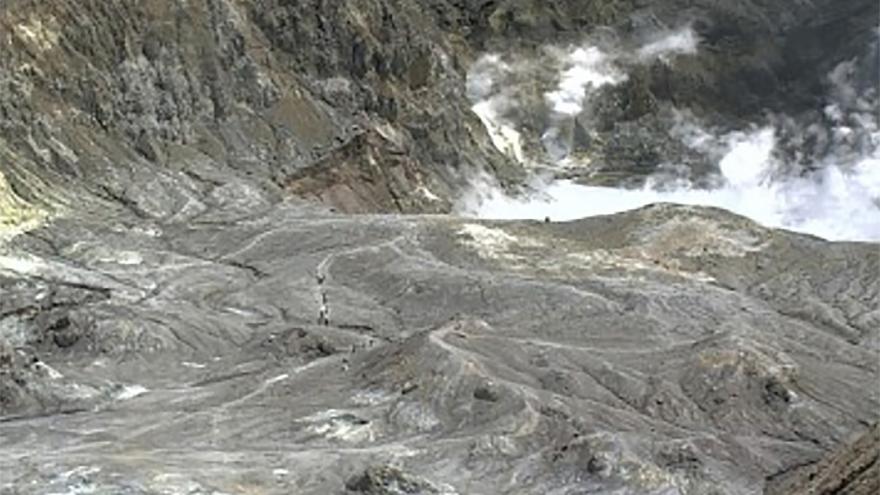 (CNN) -- There were families on holiday. A honeymooning couple. All there to see one thing: the uninhabited moonscape of New Zealand's most active volcano, White Island.

It's a private island around 48 kilometers (30 miles) off the east coast of the country's North Island, and over 10,000 people visit the volcano each year. That's a tiny fragment of the millions of tourists who visited New Zealand in 2019, many of them drawn to the country's famous natural beauty and outdoor pursuits.

But on Monday afternoon, tragedy struck. White Island erupted, killing at least six people and leaving over 20 fighting for their lives.

Scientists have said there were no indications that the volcano was going to erupt, even though volcanic activity was detected in recent weeks. The country's Prime Minister Jacinda Ardern said "questions must be asked and they must be answered" over the event.

"White Island has been a disaster waiting to happen for many years," said Monash University volcanologist Raymond Cas, who has visited the volcano himself. "I have always felt that it was too dangerous to allow the daily tour groups that visit the uninhabited island volcano by boat and helicopter."

In the weeks before the eruption, New Zealand volcano monitoring service GeoNet raised the alert level on White Island to level 2.

New Zealand's volcanoes are rated from zero to five, with zero meaning that there is no volcanic unrest, while ratings from three to five mean there is an eruption taking place. A rating of two means that there is low level volcanic activity taking place. GNS said the current system had been in effect since 2014 following "extensive engagement" with stakeholders.

GeoNet's ratings alert levels explain what the likely hazards are, but they don't tell visitors how to act and they don't carry any legal weight.Nor do they offer advice on what actions should be taken -- that's up to those who are visiting the volcano.In the weeks leading up to the eruption, GNS staff visited the island, GNS volcanologist Graham Leonard said.

And there's another problem: volcanoes like White Island can erupt even if they are at level 1.

White Island -- which is called Te Puia o Whakaari or "the dramatic volcano" in Maori -- is privately owned by the Whakaari Trust, and has been in the same family for 80 years after earlier mining operations on the island ended in bankruptcy. Tour operators and individual travelers who want to visit the island need to get permission from the private owners. 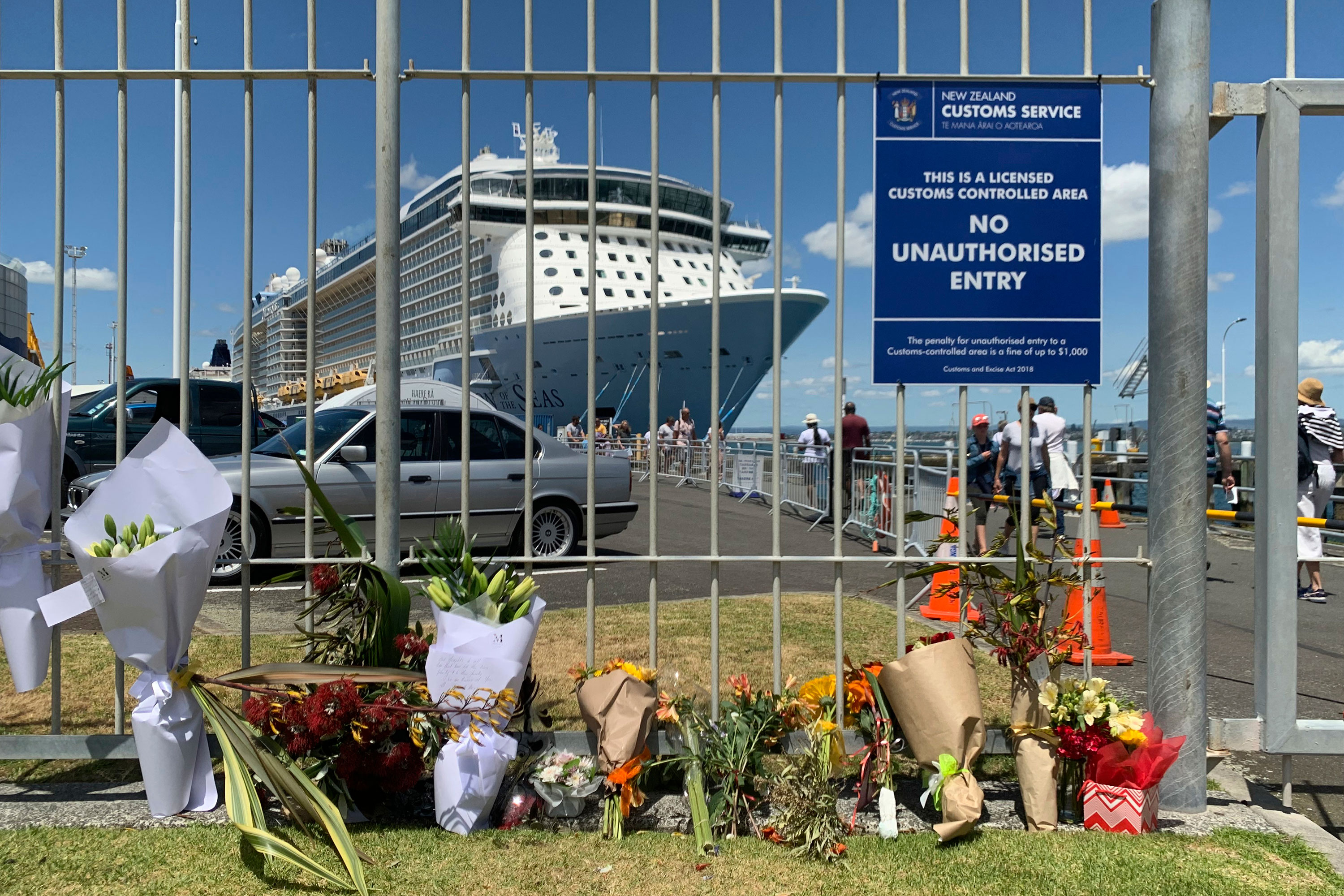 On Monday, White Island Tours -- a company based in the nearby beach town of Whakatane -- took 38 tourists from countries around the world to the island on the day of the eruption. Under the company's internal guidelines, it could still take visitors to the island during an alert level 2, said Paul Quinn, the chairman of White Island Tours.

"There was nothing that signaled there was going to be an eruption," he said.

New Zealand police said that 47 people were on the island at the time of eruption. It's believed that over 30 tourists were from the Ovation of the Seas cruise ship, which is owned by Royal Caribbean. Royal Caribbean did not reply to CNN's request for comment on what advice it gave tourists before they went to White Island.

White Island Tours is able to set its own policies on whether it will still go to the island if there are signs of volcanic activity.

But it doesn't have completely free reign. When the company makes its decisions, it also needs to comply with the country's health and safety standards, which are set by government regulator WorkSafe. Under New Zealand's laws, businesses need to ensure any health and safety risks are managed.

CNN asked WorkSafe whether tour groups were complying with health and safety standards by going to an active volcano with a level 2 rating.

WorkSafe did not directly reply to CNN's questions. However, in a statement, it said it had opened a health and safety investigation into the loss of life caused by the eruption. "WorkSafe will be investigating and considering all of the relevant work health and safety issues surrounding this tragic event," the statement said.

On Tuesday, police said they were investigating the circumstances of the deaths and injuries on behalf of the country's coroner. They said it was too early to confirm whether there would also be a criminal investigation.

An island nation on the ring of fire

New Zealand is a country renowned for its natural beauty -- it's a place with soaring, snow-covered mountains, bubbling thermal pools, and vast, clear lakes.

New Zealand Tourism markets the country as an active, adventure holiday destination with magnificent landscapes that is "jam-packed" with things to do.

But it's also a country that straddles two tectonic plates and is on what's known as the "Ring of Fire" -- a trail of volcanoes and earthquake-prone areas around the Pacific Ocean that follow the line of where tectonic plates collide. That's made it prone to volcanic eruptions and earthquakes, which in turn have helped create the land formations that the country is so renowned for.

The North Island's Lake Taupo was formed by a volcanic eruption nearly 2,000 years ago. Rotorua's natural hot pools are created by geothermal activity bubbling under the earth. The country's hilly capital, Wellington, is built on an active fault, and its largest city, Auckland, is home to approximately 50 volcanoes -- including some that lie dormant.

Although New Zealand has experienced deadly eruptions and earthquakes -- most recently the 2011 Christchurch quake that killed 185 people -- there have been many events that have not been fatal.

White Island is New Zealand's most active volcano, but the last fatal event on the island was around 100 years ago, when a crater wall collapsed, killing 10 miners.

But for those living in New Zealand, volcanic activity and earthquakes are often a part of life.

"There are many parts of the world that have a similar kind of risk profile both in terms of volcanism and earthquakes -- it's just part of the world we live in," said Auckland University volcanologist Shane Cronin. "(Up until now) I think we've been lucky."

Could more be done?

But while New Zealand has often been fortunate, Monday's eruption shows that when things go wrong, it can be devastating.

That's left some people with questions over what can be done better to prevent similar tragedies in the future.

"Until we get our monitoring systems -- and our understanding of these systems -- right, we probably need to look at whether those near-to-crater operations should carry on like they have been," he said.

But another possible issue is the growth in tourism. In the past 30 years, tourism to White Island has increased steadily, said Peter Buttle, one of the directors of the Whakaari Trust which owns the island.

Local officials said tours to White Island are crucial to the area's economy.

The increase in tourism has, in turn, increased the risk of danger, according to Cronin. "You're increasing your vulnerability by bringing people more frequently," he said.

He said that White Island is a "pretty edgy place" and it was important that New Zealand's risk of earthquakes and volcanic eruptions were clearly communicated to foreign visitors. But ultimately, Cronin thinks tourism is possible on active volcanoes -- he pointed to the flourishing tourism on another of New Zealand's active volcanoes, Mount Ruapehu.

Whakatane mayor Judy Turner said White Island Tours had a great reputation for safety, and noted that tours during a level 2 alert had operated safely in the past.

But Monash University's Cas has a different perspective.

He describes White Island as a place where people are immediately confronted with steam crater lakes and noxious gases -- an active volcano that can have unpredictable and unexpected eruptions, which is remote enough that it's hard to get people off quickly if there is a sudden eruption.

To him, it seems "obviously dangerous" to have large numbers of people wandering around the crater. "I just wouldn't recommend it," he said.