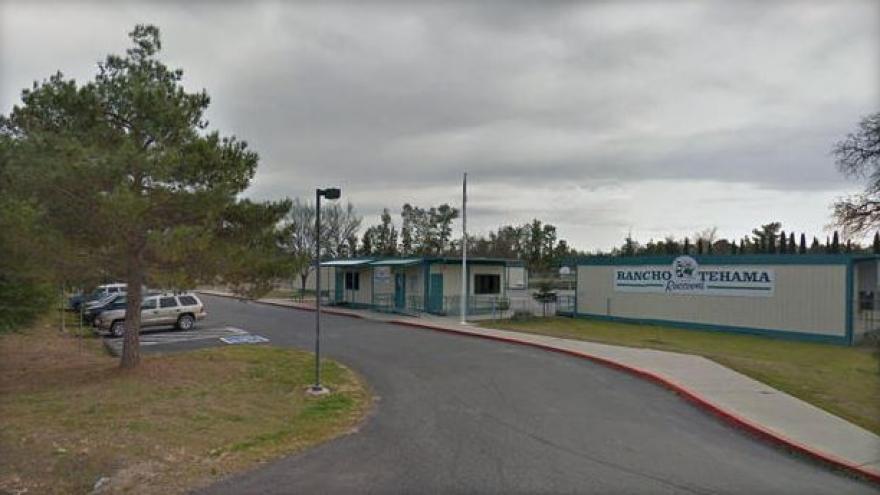 Authorities say a series of shootings in rural Northern California left five people dead, including the shooter, and that two children were among the wounded.

Tehama County Assistant Sheriff Phil Johnston says one child was shot at a school Tuesday and another was shot while riding in a pickup truck with a woman who was also wounded.

Johnston says the shooter was "randomly picking targets." He says there were seven shooting scenes and that there may be more victims.

Investigators have recovered a semi-automatic rifle and two handguns.

At least seven children and adults have been hospitalized after a series of shootings in rural Northern California that left at least three others dead.

She said one patient was flown by helicopter to the hospital in Chico, about 50 miles southeast of the shootings. Johansson provided no other information.

Separately, three people were being treated at a hospital in Redding, about 50 miles north of the shootings.

A man says his roommate is among the victims in Northern California and that his neighbor was the gunman.

Brian Flint tells the Record Searchlight newspaper in the city of Redding on Tuesday that his neighbor, whom he knows only as Kevin, also stole his truck.

He says he and his roommate told authorities that their neighbor was acting "crazy" and threatening them.

Flint says he had been shooting "hundreds of rounds" from large magazines.

Authorities say a shootings at multiple locations have left three people dead and several others wounded, including students at an elementary school.

Authorities say three people were killed and several wounded at multiple locations, including an elementary school about 130 miles north of Sacramento.

Redding is about 50 miles north of where the shootings occurred.

Authorities say three people have been killed in shootings at multiple locations in rural Northern California, and the shooter has been killed by law enforcement. Students also were shot and wounded at an elementary school.

It's not clear if the shooter is included among the dead Tuesday.

Tehama County Assistant Sheriff Phil Johnston tells a TV station in the city of Chico that officers are investigating at least five crime scenes in and around the school in Rancho Tehama Reserve, about 130 miles north of Sacramento.

Jeanine Quist, an administrative assistant with the Corning Union Elementary School District, says no one was killed at the school but a "number" of students were shot and wounded.