Shooting during ball game at Atlanta park leaves 2 dead and 4 wounded, including 6-year-old 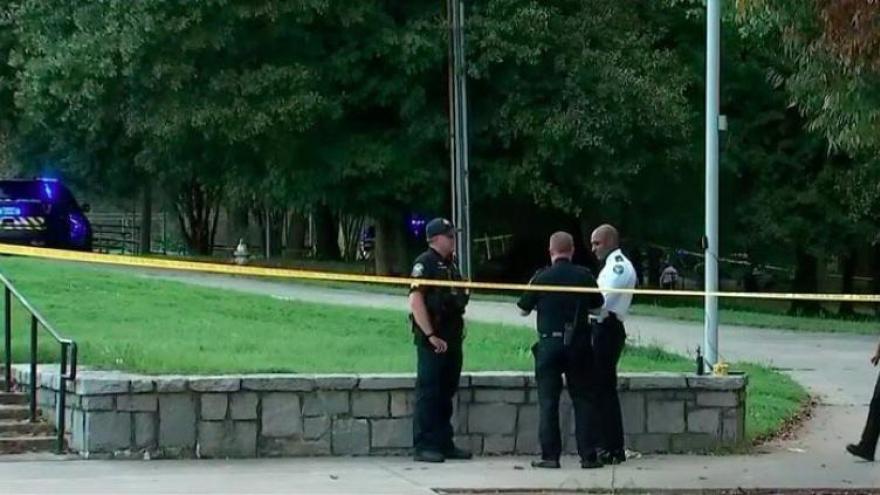 A shooting during a ballgame at an Atlanta park on August 7 left one man dead and five people wounded, including a 6-year-old who was in critical condition, Atlanta police said.

(CNN) -- A shooting during a ballgame at an Atlanta park Sunday left two people dead and four wounded, including a 6-year-old who was in critical condition, Atlanta police said.

The violence began during a baseball or softball game at Dunbar Recreational Center inside Rosa L. Burney Park in southwest Atlanta around 7 p.m. Sunday, Deputy Chief Charles Hampton said. The game was interrupted by an argument that escalated to an exchange of gunfire, and six people were shot, he said.

A man in his 30s and an adult woman were shot and killed, while a 6-year-old was struck and transported to Children's Egleston Hospital in critical condition, Hampton said. The other four victims were in stable condition, he said.

Police released images of a person of interest, whom they previously identified as a suspect in error, and are asking the public to help identify them by contacting the Atlanta Police Department's homicide unit or submitting a tip to Crime Stoppers. The Atlanta Police Department release indicates that those who provide information about the case may be eligible for a potential reward of up to $2,000.

After first publicly identifying the individual as a suspect on Monday, the Atlanta Police Department corrected its characterization to a person of interest Tuesday morning.

Atlanta police Sgt. John Chafee told CNN in an email that the department's homicide investigators labeled him as a person of interest, but that the Public Affairs Office incorrectly labeled him as a suspect in Monday's release.

Investigators want to identify and speak with the individual to help further their investigation, he said.

Police are still investigating what happened and what relationship, if any, the six victims had to each other, Hampton said.

"Any time that we have any tragedy like this -- any death is a tragedy -- then as we have kids that are also involved ... this is not a place for gunplay. So, we're just asking everyone to leave the guns at home."

The shooting represents the 18th mass shooting in Georgia this year, according to the Gun Violence Archive, which defines a mass shooting as any incident in which four or more people are shot, excluding the gunman.

As of July 30, there have been 88 homicides in Atlanta this year, a 9% increase from the same point last year, according to Atlanta Police data. Aggravated assaults, a category that includes non-fatal shootings, are also up 4% this year compared to this point last year, the data shows.