12 people were shot at a Long Beach party, and the gunman is still on the run 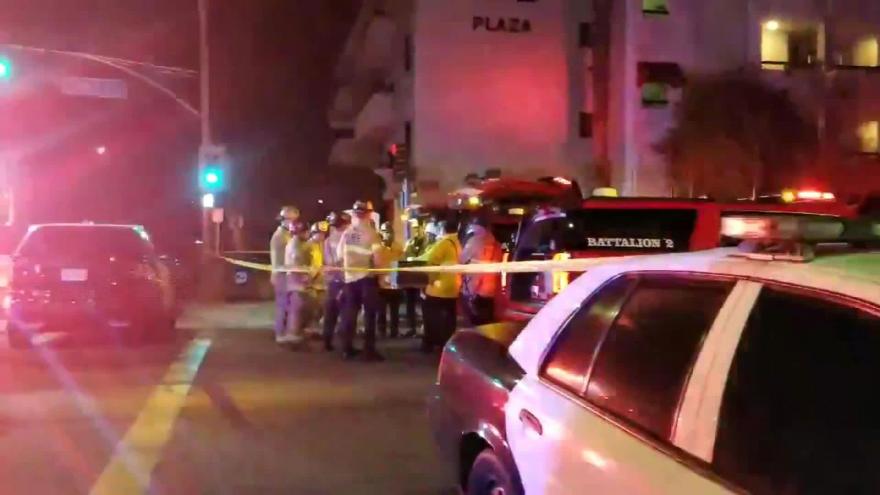 A mass casualty incident has been declared at a Long Beach home, officials said.

(CNN) -- Police are asking for the public's help in finding whomever killed three people and wounded nine others Tuesday night at a crowded Southern California house party.

The chaotic scene was about two miles east of downtown Long Beach. A shooter or shooters fired on guests at the house party from an alley behind the home, Long Beach Police Chief Robert Luna said.

About 25 to 30 people were at the party, including some who were in costume, police said.

"Today is a tragic and horrific day in the city of Long Beach," Mayor Robert Garcia said Wednesday. "This was a senseless act of gun violence."

Those killed were identified Thursday as Maurice Poe Jr., 25, of Long Beach; Melvin Williams II, 35, of Gardena; and Ricardo Torres, 28, of Inglewood.

Luna said police believe the victims work together. Police said they were from other cities in the area.

The chief said he does not believe the shooting was gang-related, but says it "may have been a targeted attack."

Police are looking for a male suspect of unknown race who had dark clothing, a dark-colored vehicle and had his face concealed. Officers aren't sure whether the man acted alone.

Luna said whoever pulled the trigger is a "coward."

"The crime scene is horrific. There is blood everywhere," the chief said.