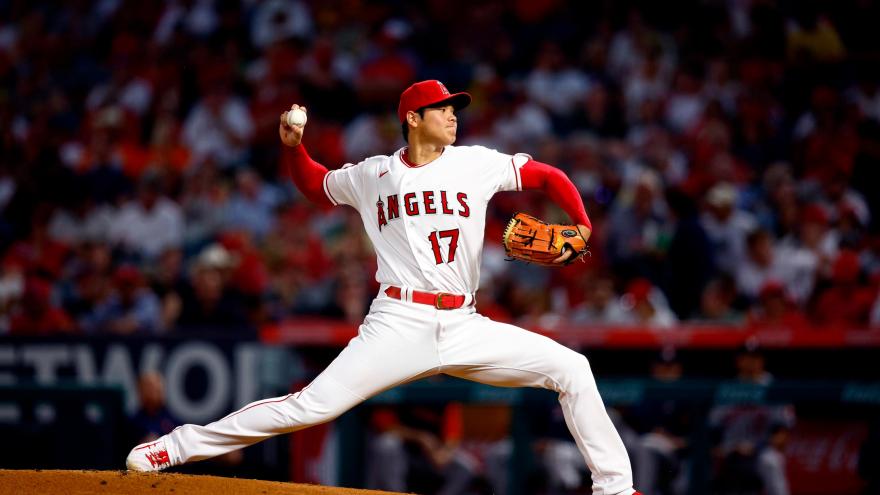 However the Japanese star's efforts, which included throwing seven pitches measured at 99 miles per hour, were in vain as the Los Angeles Angels lost 3-1 to the Houston Astros at a sold-out Angel Stadium.

The new "Ohtani rule," introduced ahead of the 2022 season, meant the two-way star stayed in the game as the designated hitter after he was done pitching.

"My splitter was a little bit all over the place, but I felt good about my fastball, curveball and slider," Ohtani said, according to MLB.com

"I had a chance in my last at-bat to tie the game, but I couldn't come through, which was disappointing. On the pitching side, I felt like the pitch count was high and it didn't allow me to stay in the game longer."

Despite his historic feat, Ohtani was outshone by Framber Valdez, who threw 54 of 84 pitches for strikes as the Astros claimed a record-equaling 10th consecutive Opening Day win.

Valdez threw 6 2/3 scoreless innings and retired 15 batters in a row during the course of Thursday's game.

"I made adjustments during Spring Training and the biggest thing was attacking the zone, getting ahead in the count and attacking the batters," he said.

Back in November, Ohtani was unanimously voted the 2021 American League Most Valuable Player.

The MVP award was in recongition of his feats starring on both the mound and at the plate for the Angels, a feat that has drawn comparisons to the Hall of Famer Babe Ruth.

He is the second Japanese-born player to be voted MVP, following on Ichiro Suzuki, who was voted the AL MVP in 2001 when he played for the Seattle Mariners.