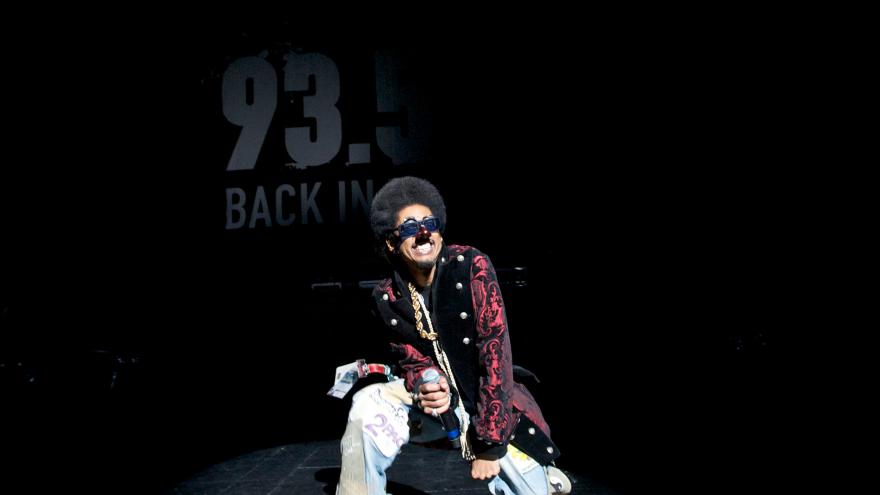 (CNN) -- Rapper Shock G, also known as Humpty Hump of the hip-hop group Digital Underground, has died at age 57. When not using his stage name, he was known as Gregory Edward Jacobs.

His Digital Underground groupmate Chopmaster J. posted the news Thursday night to Instagram: "34 years ago almost to the day we had a wild idea we can be a hip hop band and take on the world through it all the dream became a reality and the reality became a nightmare for some. And now he's awaken from the fame long live shock G Aka Humpty Hump and Rest In Peace my Brotha Greg Jacobs!!!"

The Hillsborough Medical Examiner, located in Tampa, FL., told CNN Friday that Jacobs' body was in their care and that he had died Thursday.

The Hillsborough Sheriff's Office would not comment on the surrounding events or location of Jacobs' passing and said they are investigating whether there was foul play.

Fellow artists took to social media to express their shock and sadness over the news.

Rapper Ice Cube wrote, "RIP Shock-G/Humpty Hump. I remember when NWA's road manager Atron said he had a group called Digital Underground. He played DOWHATCHALIKE video & I went crazy. I had to sample DU on JACKIN FOR BEATS and WHO'S THE MACK. And nobody had a better stage show. A true Bay Area original."

Viola Davis wrote: "RIP Shock G. Thanks for the joy you gave me. Rest well."

Digital Underground had a string of hits in the early 1990s, including "The Humpty Dance" and "Doowutchyalike."

Leslie Jones wrote: "Damn another gone!! 57 is not old damnit!! We was just dancing to his song!! RIP SHOCK G!!"

The group also introduced the world to rapper Tupac Shakur, letting him rap on "Same Song."