Shirley, oldest elephant at The Elephant Sanctuary, dies at age 72 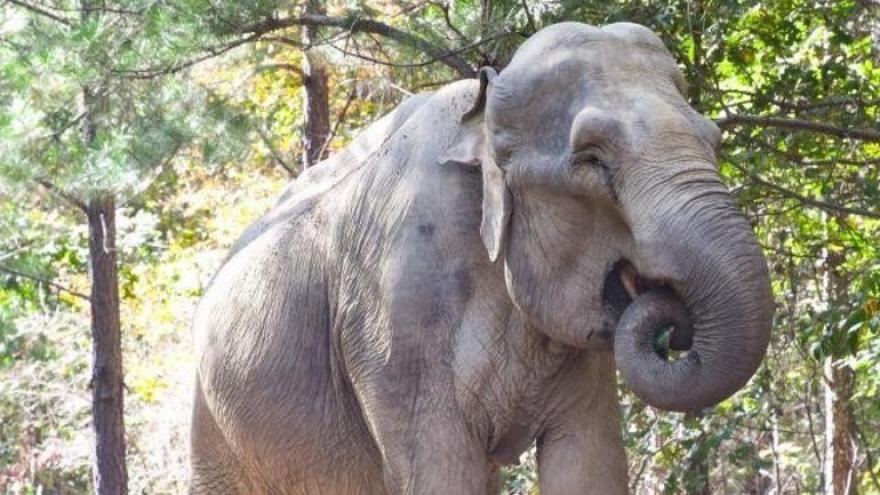 HOHENWALD, Tennessee (WSMV) -- Shirley, the oldest elephant at The Elephant Sanctuary and second oldest in North America, died on Monday at the age of 72.

Shirley retired to The Elephant Sanctuary in 1999 after spending 24 years in the circus and another 22 years as the sole elephant on exhibition at the Louisiana Purchase Zoo and Gardens in Monroe, LA.

“The Sanctuary is deeply honored to have provided care for Shirley for 21 years. We thank Shirley’s many supporters, fans, and friends who have shared her story, who have loved her from afar, and who have partnered with us through the years to provide lifetime care and the opportunity for Shirley to know true companionship with other elephants,” said Janice Zeitlin, CEO of The Elephant Sanctuary.

At 72 years old, Shirley defied all odds as one of the oldest elephants in captivity and lived well beyond the life expectancy for a captive. She was The Elephant Sanctuary’s oldest elephant and, at the time of her passing, held the record for the second oldest elephant in North America.

Shirley was born in 1948 in Sumatra. She was captured from the wild and sold to a traveling circus, entertaining audiences for more than 20 years.

In addition to the immense hardship of a life in performance, during her time in the circus, Shirley survived capture by Fidel Castro’s forces as well as a highway accident that killed two other elephants. In 1963, the circus ship Shirley was traveling on caught fire in Yarmouth, Nova Scotia, and partially sank, leaving Shirley with burns on her back, side and feet.

In 1974, Shirley suffered a broken leg during an altercation with another elephant. As a result of her injury, in 1977 she was transferred to the Monroe, LA, zoo.

As Shirley aged, the zoo staff decided she needed more space and the companionship of other elephants. In 1999, her primary caretaker, Solomon James, accompanied Shirley on her journey to The Elephant Sanctuary.

Upon her arrival at The Elephant Sanctuary, documented by Argo Films for the documentary The Urban Elephant, Shirley had a loud and joyous reunion with another Asian elephant, Jenny, nearly bending the bars of their barn stalls to be near to one another. It was later discovered that the two performed together in the circus 24 years earlier. For the next seven years, Shirley and Jenny were inseparable in a relationship resembling one of a mother and calf.

The Sanctuary’s Care and Veterinary teams have been closely monitoring Shirley over the past several weeks as they began to observe gradual changes in her mobility and mentation. Veterinary and husbandry staff worked around the clock to ensure best-care and comfort, checking in on Shirley at 10 p.m. and 2 a.m., in addition to barn camera checks throughout the night. Shirley passed away peacefully in the early hours of Monday morning, surrounded by her caregivers. Afterward, Shirley’s habitat-mates, Sissy and Tarra, were given the opportunity to visit and mourn.

As is customary for all elephants who die at The Elephant Sanctuary, a necropsy will be performed to help inform the care and treatment of all elephants in captivity.