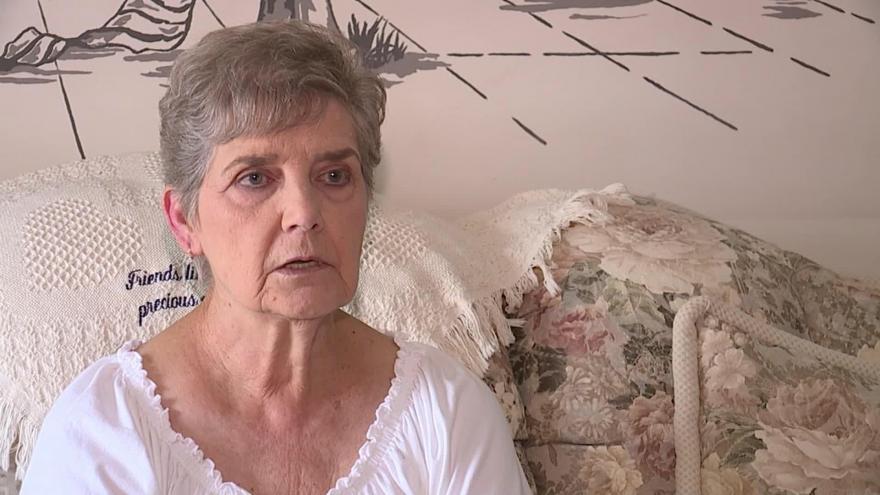 **Embargo: Cleveland-Akron, Ohio** Nancy Segula is scheduled to report to jail in mid-August.

(CNN) -- In a town with the same name as a famous fictional cat, a 79-year-old woman is sentenced to jail time for feeding stray cats, but the story is a little less straight forward that you would believe.

Nancy Segula of Garfield Heights, Ohio, told CNN affiliate WJW that the animals started showing up a few years ago after a neighbor moved away and left his cats.

Being a cat lover, she was worried about them and started feeding them.

It may not seem like a big deal, and it's something people do across the country, but it's illegal to feed stray cats or dogs in Garfield Heights. Neighbors complained and called the animal warden, and Segula said she started receiving citations for the offense in 2017.

However, city Law Director Tim Riley disputes that claim and said she started receiving citations in 2015 and has received more than four over the past four years.

This was not her first conviction

Segula was convicted after her first citation in 2015 and was sentenced to two years of probation in 2017 after various citations, including having too many animals and not disposing of the waste that was often found in her neighbors' yards, Riley said.

She was told not to feed the strays anymore, but he says that request was ignored.

At a probation hearing in May, she received a 10-day jail sentence that was suspended with the understanding that she would no longer feed the animals.

The most recent citation asked her to appear in court after more complaints came in about the animals. She admitted feeding the cats and was sentenced to the jail time, starting August 11, for contempt of court.

Riley said 22 cats have been removed from Segula's home.

However, Segula is getting another day in court. Garfield Heights Municipal Court Judge Jennifer Weiler was supposed to hear her case last week but was away, and the magistrate took over. Weiler told WJW that she has ordered a new hearing so she can hear from both sides.

Does the punishment fit the crime?

Segula's family was shocked and upset when they first heard she had been sentenced.

"I'm sure people hear about the things that happen downtown in that jail. And they are going to let my 79-year-old mother go there?" said her son, Dave Pawlowski.

Segula also thinks the punishment is too severe for simply helping animals.

"It's too much of a sentence for me for what I'm doing, when there are so many people out there that do bad things," she said.

Riley said that offenders usually just pay a fine and that the multiple violations brought about this situation.

"Our department and the city as a whole recognize that many are passionate about animals and pets in general. We are also aware that many do not feel the same way," he said.

The city's intention was only to "enforce the city ordinance and alleviate a nuisance situation."