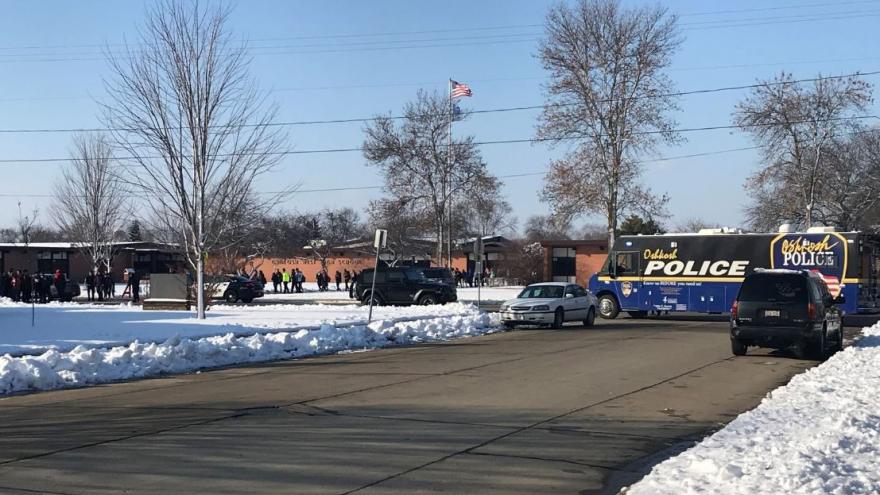 See Also 16-year-old arrested in connection to Oshkosh West High School shooting, stabbing
WINNEBAGO COUNTY, Wis. (AP) -- A Wisconsin sheriff is urging reporters not to disclose the name of a 16-year-old high school student who was shot after he stabbed a police officer.

The teen is being held in the Winnebago County Jail and could face charges of attempted first-degree intentional homicide as an adult.