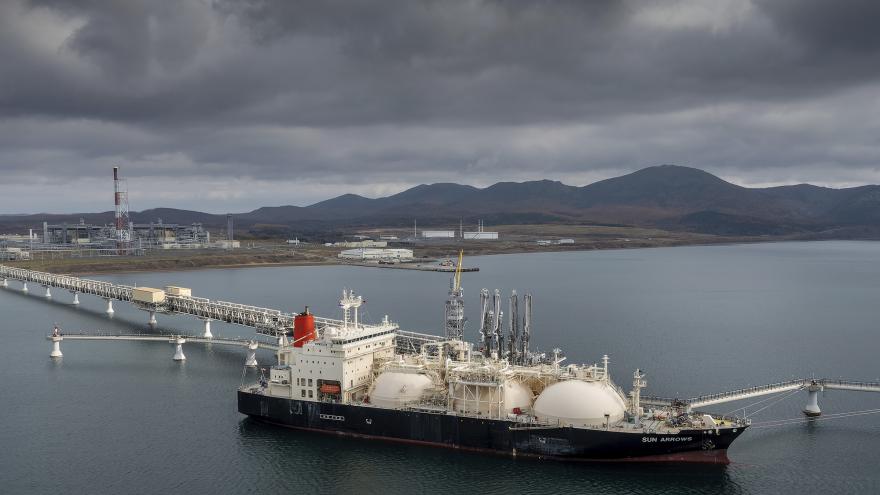 (CNN) -- Shell is getting out of Russia and ditching its joint ventures with Gazprom, including its involvement with the moribund Nord Stream 2 natural gas pipeline.

The UK-based oil company said Monday it would dump its 27.5% stake in the Sakhalin-2 liquified natural gas facility, its 50% stake in a project to develop the Salym fields in western Siberia and its 50% interest in an exploration project in the Gydan peninsula in northwestern Siberia.

"We are shocked by the loss of life in Ukraine, which we deplore, resulting from a senseless act of military aggression which threatens European security," Shell CEO Ben van Beurden said in a statement.

Shell's move follows BP's announcement Sunday that it was abandoning one of Russia's biggest foreign investments by exiting its 19.75% stake in Rosneft and associated joint ventures. Analysts said Monday that BP could take a hit of more than $26 billion as it walks away from its business in the country.

"Our decision to exit is one we take with conviction," van Beurden said. "We cannot — and we will not — stand by."

Shell earned about $700 million in 2021 from the Sakhalin and Salym joint ventures. Its interests in Russia were valued at about $3 billion at the end of the year, and the company said abandoning the Gazprom projects would probably lead to impairment charges.

The company was one of five that provided 50% of the financing and guarantees for the estimated €9.5 billion ($10.6 billion) cost of building Gazprom's Nord Stream 2 pipeline under the Baltic Sea between Russia and Germany. The project was effectively killed off last week when German Chancellor Olaf Scholz said the country would halt certification of the pipeline.

Other Western energy companies continue to hold a presence in Russia, including ExxonMobil, which has been active there for more than 25 years.

Its subsidiary, Exxon Neftegas Limited, has a 30% stake in Sakhalin-1 — a vast oil and natural gas project located off Sakhalin Island in the Russian Far East. It has operated the project since 1995 on behalf of a consortium that includes Japanese and Indian partners, as well as two affiliates of Rosneft.

— Chris Liakos contributed to this article.