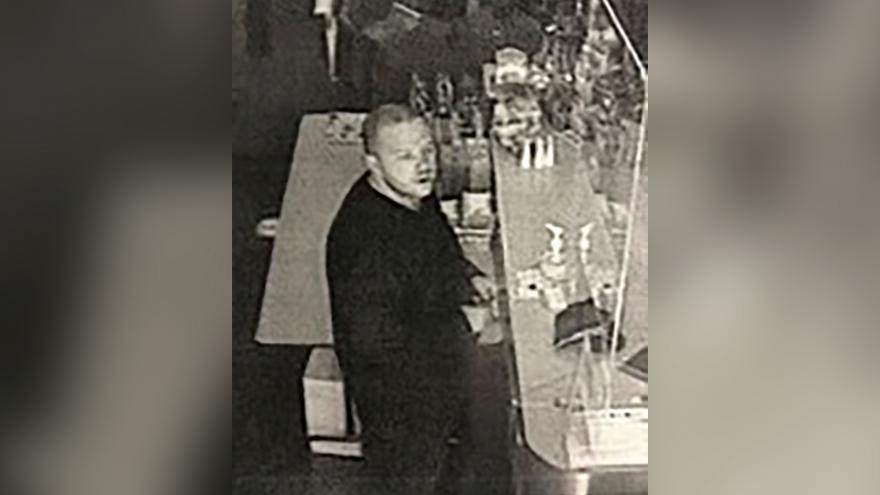 (CNN) -- A man accused of killing three people in three separate incidents Friday in North Bend, Oregon, and then allegedly forcing a woman to drive him to Wisconsin, has turned himself in to authorities, officials said.

Shortly afterward, officials believe Oen Nicholson ran over two people at the Mill Casino next to the RV park. Police later identified the victims as a married couple from Florida -- 74-year-old Anthony Oyster, who died, and 73-year-old Linda Oyster, who was injured.

Soon after this incident, North Bend police received reports of a fatal shooting at the Herbal Choices Marijuana Dispensary, a little over a mile away from the casino, that left one person dead. The victim there was later identified as Jennifer Davidson, 47, of Coos Bay.

The pickup truck was found later along a highway in Lane County, Oregon, northeast of the crime scenes, crashed and set on fire. A witness told police the driver ran away. Surveillance video at a sporting goods store in North Bend appears to show the suspect purchasing more ammunition before leaving the area.

North Bend is about 218 miles south of Portland.

Nicholson's whereabouts were unknown to authorities following the attacks on Friday and investigators released several surveillance photos of him, but warned people not to approach him because they believed him to be armed and dangerous.

Forced to drive the suspect

More than 100 miles away in Springfield, Oregon, police began investigating a missing persons report for Laura Johnson, 34, who disappeared after she went on her lunch break Friday afternoon.

According to the Springfield Police Department, surveillance video showed Johnson leaving her job around 12:30 pm PDT.

She "picked up her lunch and returned to her original parking spot," police said in a statement, but she never went back to work and hadn't been heard from.

On Sunday, Springfield Police said that the man wanted in the deadly attacks in North Bend -- Nicholson -- had approached Johnson while she was in her car and forced her to drive him north, the police statement said.

Nicholson and Johnson eventually wound up roughly 2,000 miles away in Milwaukee, according to police, where Nicholson turned himself in and was arrested without incident. No other details were released about the circumstances around Nicholson surrendering.

"Formal charges for this case are pending," Springfield Police said in an online statement.

During a press briefing on Sunday in North Bend, Frasier said that Nicholson has been charged with murder for the three deaths, one count of attempted murder in the second degree, one count of assault in the first degree, and two counts of failure to perform the duties of a driver to injured persons.

He does not have an attorney, according to the Coos County courts.

"Nicholson is being held in Wisconsin on fugitive warrants from Oregon," according to Springfield Police. He will have a court appearance in Wisconsin in the next couple of days, according to Frasier. At that point the extradition process will begin.