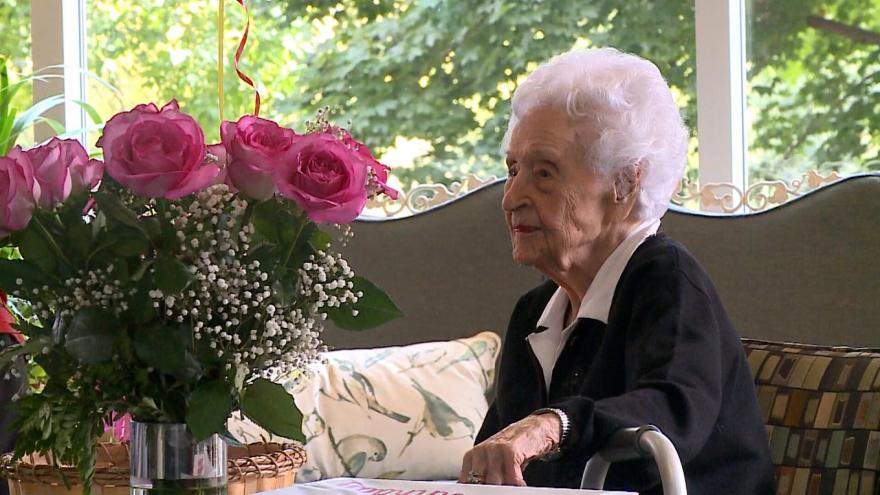 Thelma Sutcliffe, 114, was recently named the oldest living American. She says all she wants to do is eat meals with her friend.

(CNN) -- At 114 years old, Thelma Sutcliffe just became the oldest living American, according to the Gerontology Research Group. She is also the 7th oldest person in the world, and all she wants to do is eat meals with her friend.

Luella Mason, a longtime friend, told CNN that Sutcliffe has lost most of her eyesight and some of her hearing, but she's otherwise "still very sharp."

Like all of us, Sutcliffe has been affected by Covid-19. Her assisted living facility stopped allowing residents to eat meals in the communal area, Mason said, and residents had to eat in their rooms. It was hard for Sutcliffe, she said.

"It breaks my heart, because the first thing out of her mouth is, 'Are you going to stay and eat with me?'" Mason told CNN. "And I have to say I can't, they won't let me ... I tell her we have to go by the rules."

Now, even as the facility has started letting some people eat communally, Mason said Sutcliffe still won't eat in the common area.

"I don't know anybody down there anymore," Sutcliffe told Mason.

As for her longevity, Sutcliffe credits the fact that she never had children, never smoked and believed strongly in never worrying about anything, Mason said.

"She'll say that to this day," Mason said. "Don't worry. She has a philosophy of not worrying."

Sutcliffe does know that she is now the oldest person in the US, Mason told CNN. But when the fact is brought up, she typically brushes it away with a, "We don't need to talk about it."