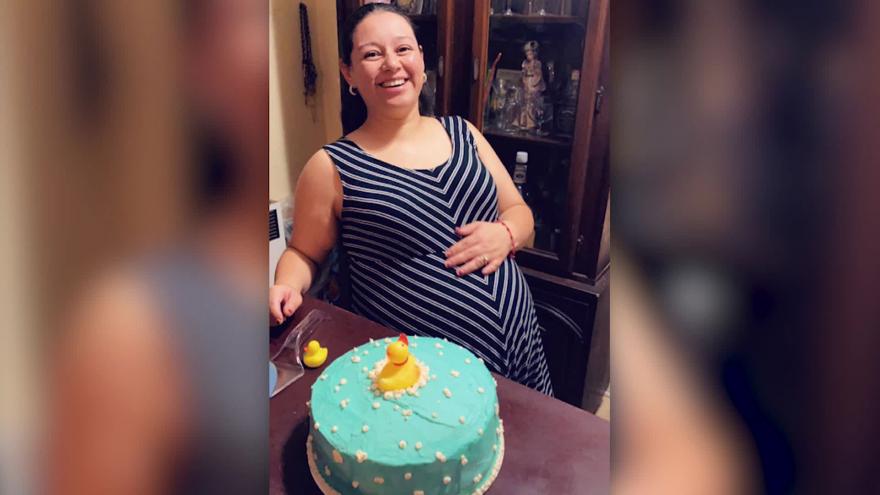 (CNN) -- Erika Becerra was eight months pregnant when she was diagnosed with Covid-19. In November, she was induced and gave birth to a healthy baby boy.

After an otherwise normal delivery in Detroit, Michigan, Becerra was immediately intubated because she was having trouble breathing. Three weeks later, on Friday, Becerra died.

Because she was intubated and Covid-19 positive, she never got the opportunity to hold her son, her brother, Michael Avilez, told CNN's Anderson Cooper on Tuesday.

Becerra, 33, was one of the 15,658 Covid 19 deaths over the last seven days, making it the deadliest week for the coronavirus since April in the US. For the sixth day in a row, more than 100,000 people are being treated for the virus in hospitals across the country.

"Erica was the most wonderful person you could ever meet," Avilez said. "For her, other people's happiness was her happiness."

Becerra wasn't worried about being pregnant during the pandemic, according to Avilez. He said she wouldn't go out and if she did, she would always wear a face mask and wipe down surfaces she touched.

"She followed every rule in the book and she still ended up catching it and it's sad," Avilez said. "You got a lot of people who don't understand what's going on ... they all think it's a joke until it happens to them or one of their family members."

Avilez said Becerra would want him to continue sharing her story in hopes of helping someone else understand the virus' wrath.

In November, Becerra spent a weekend at the hospital after having contractions, but when she came home on a Monday, she began having difficulty breathing and moving around.

Three days later, an ambulance took her to the hospital and on Friday, doctors had decided to induce her labor because her health "wasn't getting any better," Avilez said. On November 15, Becerra's son, Diego, was born.

"Right after she gave birth to her son, they put her on a tube because her body wasn't retaining oxygen anymore and after that she wasn't able to meet her newborn baby," Avilez said.

Becerra stayed on a ventilator until December 3, when she succumbed to the virus, Avilez said.

Other than being pregnant, Becerra didn't have any underlying health conditions, Avilez told KCAL. He said his brother-in-law, niece and new nephew all tested negative for Covid-19.

To help with funeral expenses, the family has set up a GoFundMe account.

On Sunday, Southern California and San Joaquin Valley residents were put under a three-week stay-at-home order after the intensive care unit capacity in the two regions fell below 15%, triggering a mandate issued by the governor last week aimed at slowing the rising numbers of Covid-19 hospitalizations.