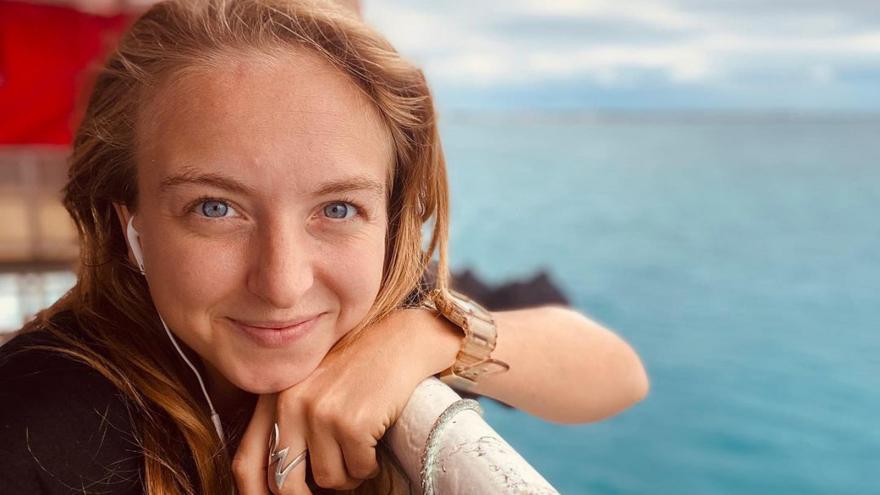 (CNN) -- When British traveler Zoe Stephens flew into the South Pacific island nation of Tonga last March, she was only planning to stay for the weekend.

Originally from Crosby, Merseyside in the UK, the 27-year-old had been living in China for two and a half years, before taking some time out to travel around the Asia and onto Fiji.

Keen to escape talk of the virus, which had been dominating news reporting wherever she went, she booked a flight to Tonga, a Polynesian country made up of over 170 South Pacific islands. 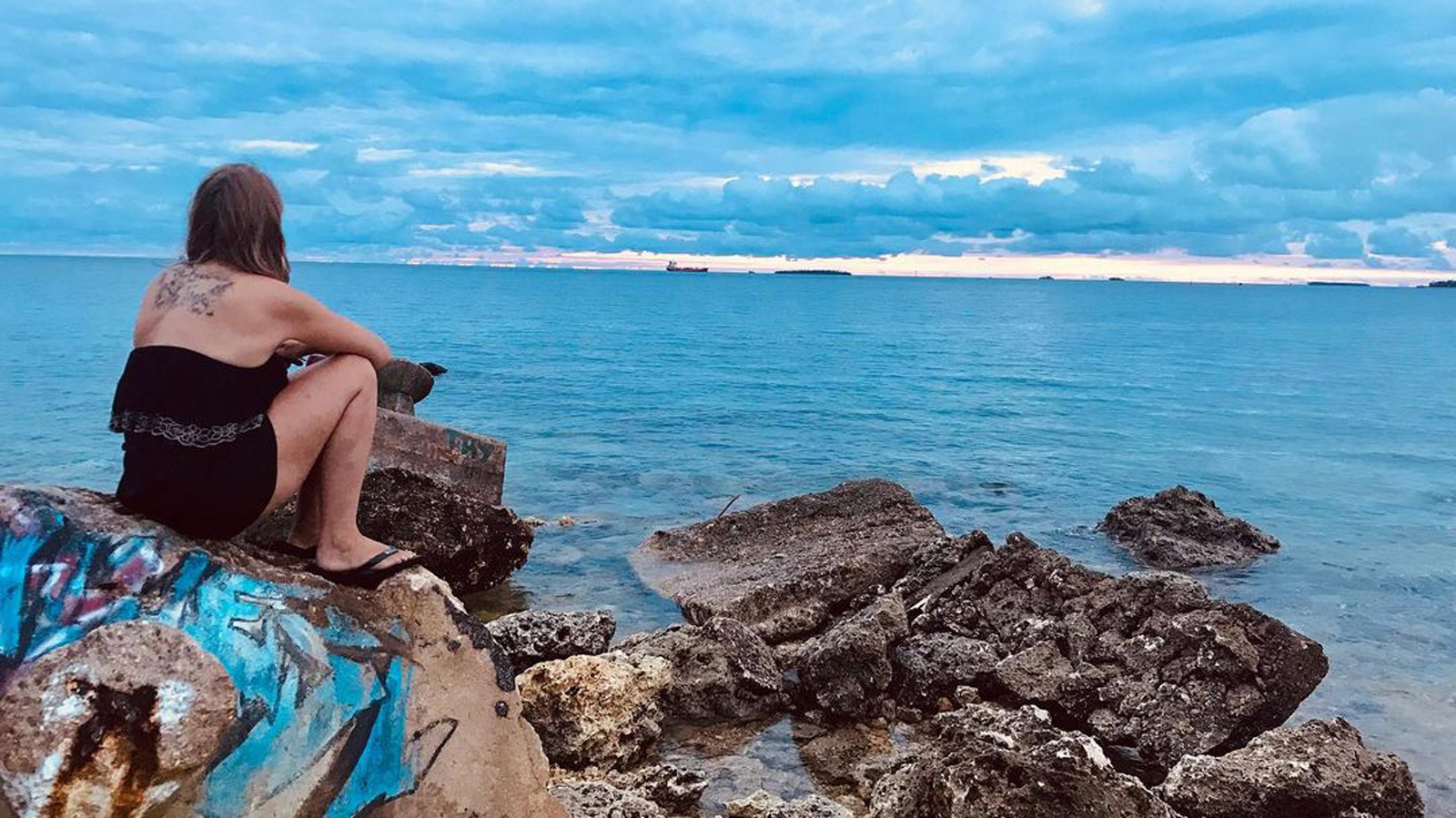 However, nearly 18 months later, she's still stuck on the tiny archipelago, which happens to be one of the few places in the world that has remained entirely Covid-free.

"I'm probably one of the few people in the world that has never had to wear a mask before," Stephens tells CNN Travel.

"I haven't worn a mask during this whole pandemic. I think it's gonna be pretty weird to go into a world where so many people are wearing them."

During her time in Tonga, which has a population of just over 100,000, Stephens has begun a master's degree in international communications online and is currently living in a beach home while house sitting for a family who cannot return to the island due to travel restrictions.

But while living on a remote island might sound like the ideal way to see out a global pandemic, and Stephens does feel "lucky" to be there, it seems the experience hasn't been quite as fabulous as it might sound.

"There's not many people that can relate to being stuck on an island without your friends or your family, in a country that you didn't deliberately end up in," Stephens tells CNN Travel.

"Or being locked out of the country that you live in, and then not being able to get back. And being scared to go back to your home country because of a weird virus that's going around. So it's pretty isolating."

She also points out that while Tonga has so far avoided any coronavirus cases, those who live here have still been hugely impacted by the virus.

"We haven't had Covid here, but you still have the feel of it around," she explains. "It's not like we're unaffected by everything."

Like many people around the world, Stephens was initially unfazed when she first heard about coronavirus back in early 2020.

But things took a turn when she left China to visit South Korea and confirmed cases began to increase in the country while she was away.

As the situation became more serious and borders closures were implemented, Stephens chose to continue traveling in order to avoid having to quarantine when she returned to China.

But she realized something was amiss almost immediately after flying into Tonga from Fiji, when her taxi driver told her that the South Pacific country had just reported its first Covid-19 cases.

"I just thought it was a miscommunication," she says. "But I got to the hostel and they were like, "we don't want to take you, you've just come from Fiji.' So, it was pretty instant."

Stephens soon discovered that Tonga would be going into lockdown, and she would not be able to leave for a while.

"It took about a week before flights stopped coming in completely," she says. "We had a three-week lockdown, which was really, really intense. You could only leave your home once a week to go and get groceries and you had your car registration and name taken down.

"Everything in the entire country was closed. Shops, restaurants, everything apart from the odd one or two shops."

Tonga declared a state of emergency in March 2020 and the nation has remained shut to foreign nationals ever since then.

During those first few months, Stephens kept telling herself that she'd be able to return to China and just needed to sit tight until the borders reopened.

She even skipped a repatriation flight from Tonga to Europe, as she was so convinced that she'd make it back to China.

However, as time went on, the realization that her stay was going to be far longer than she ever could have anticipated slowly began to hit home.

"I spent about six months in this weird limbo," she says. "That was probably the hardest thing about it. Then I kind of settled down."

After trying and failing to return to China for months and months, Stephens has accepted that she won't be able to go back to her life there for the foreseeable future.

"I've had to give up on that," she admits. "I know that China won't open for a long time."

While she's previously had the opportunity to return home to the UK, the few flights that have been available to her have coincided with periods where Covid cases have been particularly high.

"I think March last year, I was looking to go back, and then things were going to be crazy [in the UK]," she says.

Stephens admits to finding the experience of watching her family and friends deal with the reality of the virus from afar incredibly difficult.

"It's been weird to see it from the outside," she admits. "I'm used to being away from the UK, but I feel like this has been doubly isolating.

"My grandma passed away from Covid-19 very early on, at a point where there was no possibility of me getting back."

Although she says there's no such thing as a typical day for her in Tonga, Stephens' routine consists of getting up in the morning, walking her dogs on the beach, then studying online.

"I just kind of keep myself busy," she says. "I have fun with friends by going to one of the three bars or eating and one of the few restaurants, something like that and then I head back home. It's really, really boring."

She spends some of her free time paddle boarding and snorkeling, as well posting about her experiences on her Instagram and YouTube accounts, and has been able to pick up some remote work here and there.

"I've tried to make the most of it," she adds. "But I think one of the most difficult things was people in the UK, constantly telling me "You're so lucky. "

"I wake up every morning, and I see the beach and I see the island and it's great, but I wasn't enjoying it. I was being told that I should be really enjoying it, and I was like 'I don't want to be here though.'

"The hardest thing about being stuck here for pretty much a year and a half was accepting that I wasn't going anywhere anytime soon."

As she wasn't planning to stay for long, Stephens brought very few possessions to Tonga with her and had to do without items she'd normally have relied on, including her spectacles and a Kindle.

"For the past year and a half, I've been living without my glasses, which isn't great because there's no place to get them in Tonga," she says.

"And up until a few months ago, there was no bookshop. So I really wish that I brought them."

A few months after she arrived, Cyclone Harold hit the islands and the house she'd been staying in was completely flooded, taking away "half of what little possessions" she'd brought over.

While she's been making the most of her situation, even setting up an annual Tonga marathon to raise money for the Tonga Animal Welfare Society, Stephens admits that she would have spent her time differently if she'd known back in March 2020 that she'd still be there now.

"But I constantly thought, at least for the first few months, that I'd be able to leave soon."

Stephens knew very little about life in Tonga before she arrived and has found the process of adapting to being part of such a small community rather tricky.

"The village that I grew up in Liverpool has a population that's bigger than the entire population of the country," she says.

"I've had to learn by making mistakes. Even if I had researched Tonga, there is really not much information available online.

"And none of that information will tell you how to live here, where to go shopping or how to open up a bank account."

While the stringent travel restrictions implemented have helped protect the nation from the virus, the downside to that is that many Tongan citizens have been separated from their families throughout the entire pandemic.

"There are thousands of Tongans abroad that still can't come in," she says. "They're still repatriating people, there's maybe one repatriation flight every couple of months."

Like many other remote island destinations, Tonga has been greatly impacted by the lack of tourists due to the pandemic.

As one of the few places where it's possible to swim with humpback whales, which begin arriving in Tonga's waters around July, the nation is popular with tourists and welcomed 94,000 international visitors in 2019.

"They used to have a lot of tourists coming during the winter months," says Stephens. "So there are lots and lots of businesses here have been hit really hard.

Although things were very quiet in the beginning, with "no parties or gatherings," Stephens notes that "life is pretty normal Covid wise" now.

However, a nighttime curfew remains in place, although it's been shortened to run from midnight to 5 a.m.

After living on a tiny island for an extended period of time, the prospect of leaving is pretty daunting for Stephens, who's about to do just that, or at least hoping to.

She's due to return to the UK at the end of August, but after so many false starts, Stephens is cautious about being too set on things going to plan.

"The flight schedule changes all the time, so I'm not getting my hopes up," she admits. "Leaving will be very, very bittersweet of course, because I've kind of started to build a life here.

"But nothing is real here. People say, 'how can you leave a paradise island. And I'm like, 'it's great here. but it's not my real life.'

"The other foreigners here have jobs, they're here for a reason. And whilst I've made sure that I've kept myself busy. It's definitely come to the point where I have nothing more to do."

Tonga has received 24,000 doses of Covid-19 vaccines through the COVAX Facility, a global initiative for equitable access to Covid-19 vaccines, and Stephens is among those living here who've been fully vaccinated.

She fears that the virus will find its way to Tonga eventually, and what that could mean for a nation where 22.1% of the population live below the national poverty line and medical facilities and equipment are limited.

"It's inevitable that Covid will get here at some point, and this country will suffer a lot for it," adds Stephens. "There's just a lack of infrastructure."

However, she's acutely aware that adjusting to a world where Covid-19 is very much a part of everyday life will not be easy.

"Firstly, just the thought of being around a lot of people is terrifying to me," she says. "But then all the Covid stuff is also really worrying. Being in a situation where it's present and the feel of it is present.

"I do worry about what will happen if I go back and then everything shuts down again and everyone's in lockdown, and I'll think 'I should have stayed on the island."

After being effectively stranded for so long, Stephens says she now has "all this weird anxiety about traveling," despite flitting around the world confidently since she was 16.

"I worry, 'Am I going to get stuck somewhere?'" she admits. "But I see so many people traveling on social media at the moment. And I think 'okay, maybe.'

"I don't know how I'll feel [when I'm able to travel again]. I'll have to wait and see what happens once I'm back in the real world." 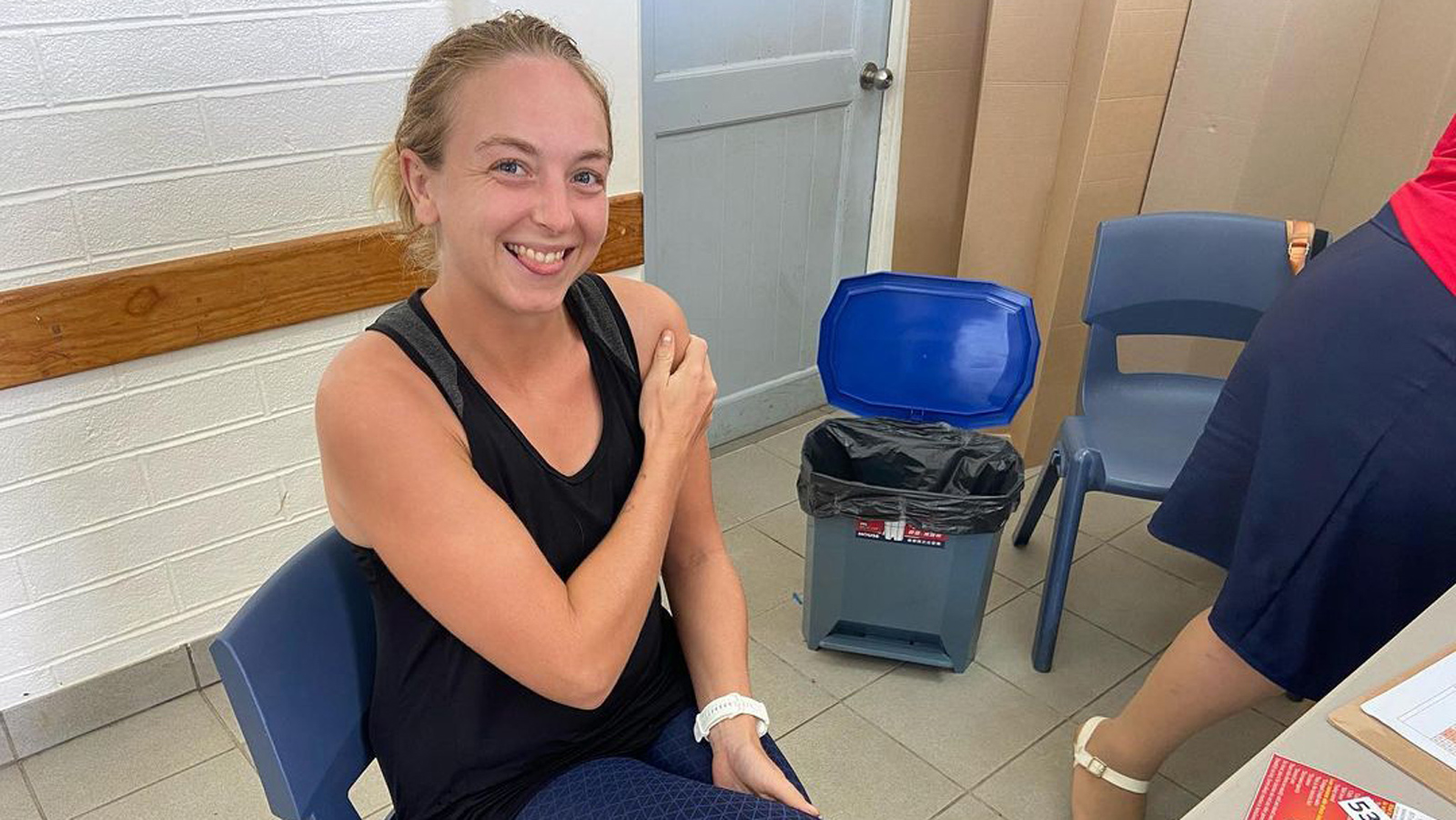