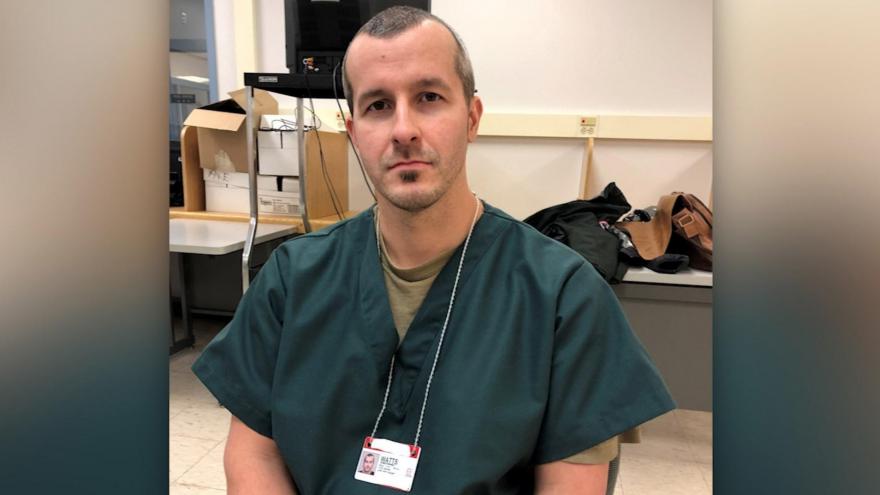 Shanann Watts' mother said she knew something terrible had happened to her, even before the Colorado wife and mother was reported missing.

(CNN) -- Shanann Watts' mother said she knew something terrible had happened to her, even before the Colorado wife and mother was reported missing.

Last year, Sandy Rzucek recalled something woke her from her sleep, and she sat up in bed. "I heard the Holy Spirit say, 'Shanann,'" she said, whispering the name.

"I felt my daughter's spirit the moment she died," she said Monday during an appearance on "Dr. Phil." "I knew. I swear to God I knew. ... I woke up the whole house. I said, 'Something's wrong with Shanann.'"

Shanann Watts' pregnant body and the bodies of her children, Bella, 4, and Celeste, 3, were found in August in a secluded oil field where Shanann's husband, Chris, worked. He later pleaded guilty to the killings, and is serving five life sentences -- three consecutive and two concurrent -- after Shanann's family agreed to drop the possibility of pursuing the death penalty.

Rzucek and her husband and son shared their reactions to the recently released tapes of Chris Watts' five-hour confession to law enforcement, and spoke about how they've struggled with the deaths and with understanding why Watts committed the murders.

Watts had initially denied involvement in the August disappearance of his wife and children, and expressed concern about their well-being to a local news station. He pleaded guilty in November.

Shanann Watts' brother, Frank Rzucek Jr., said they didn't think Chris Watts had killed his wife "until we saw that interview" on television.

'It's eating him up'

Last week, authorities released Watts' five-hour interview with authorities, which was recorded in February. Watts opened up about his state of mind in the weeks and months leading up to his conviction and spoke about what led him to plead guilty to his crimes.

"Why do you think he's telling the truth now?" asked host Phil McGraw.

Rzucek said he believed Watts spoke honestly about the killings because "I think it's eating him up."

"I think he was more than glad to talk to somebody for five hours, sitting in a box 24/7," said Rzucek, who was the children's godfather.

In an appearance last week on "Dr. Phil," a lawyer for Watts' family said that Bella knew her mother and sister had just been killed -- and feared she would be next.

"Please Daddy, don't do to me what you just did to Cece," Bella said, according to the attorney Steven Lambert.

Sandy Rzucek said the hardest part was knowing her granddaughter watched her sister die and beg for her life.

"To hear my granddaughter beg for her life ... it's pretty rough," she said.

'She told me she was at peace'

Rzucek said she also felt the presence of her daughter and grandchildren when authorities told them they had discovered their bodies separately.

"That night I was laying in bed and I just felt a presence and I heard my daughter. I felt her, and I heard her say, 'I love you mommy and I'm sorry,'" she said.

"She told me she was at peace," Rzucek said.

Rzucek said Bella told her "I can go to Disney World any time I want."

Rzucek said the murders have given her a new mission: to comfort women whose children have gone missing.

"I'm still on a mission for my daughter and my grandchildren because they wanted to live. They had the right to live, and they had beautiful lives," she said.

She placed her hand on her upper chest.