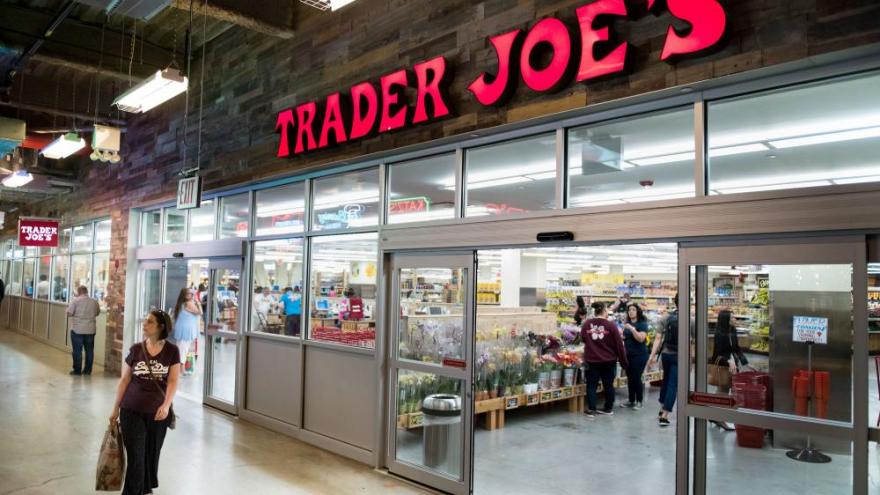 A shopper walks past a Trader Joe's grocery store inside DeKalb Market Hall at City Point in the Brooklyn borough of New York, U.S., on Wednesday, July 19, 2017.

(CNN) -- Trader Joe's announced a voluntary recall on Monday of a number of its products that may have been contaminated with listeria.

So far there are no reports of anyone getting sick, but the company said it is taking the measures as a precaution.

Each of the products are packaged in plastic trays with clear lids.

The company urges anyone who's purchased these items not to eat them, and to return them to any Trader Joe's store for a refund.

The concern stems from a facility in Massachusetts

During a routine inspection of Fuji Food facility in Brockton, Massachusetts, the Food and Drug Administration flagged a problem. The company has stopped all operations at the facility, and initiated the first recall in its history.

"As responsible processors of safe, fresh food for nearly 30 years, we are addressing this problem vigorously and we apologize to those who are affected by it," Fuji Food Products CEO Farrell Hirsch said in a news release.

He said the company will resume manufacturing there only when the FDA confirms the area is free of contamination.

The full Fuji Food list includes a number of other ready-to-eat sushi and salad meals separate from the Trader Joe's brand.

Listeria is a dangerous microbe

Listeria monocytogenes is a species of bacteria that can cause the infectious illness listeriosis. The bacterium is resistant to extreme hot and extreme cold situations.

It can cause sometimes fatal infections in those who are frail, elderly or young children with weaker immune systems, the FDA says.

And in pregnant women, the microbe is known to cause miscarriages and stillbirths, according to the FDA.

About 1,600 people in the US become seriously ill from listeria each year, and about 16% of the cases prove fatal.

To protect yourself, public health officials say to cook all meat to temperatures recommended by US Department of Agriculture and to wash all vegetables and fruit.