Several fires set, one arrested after University of Kentucky's win over Florida 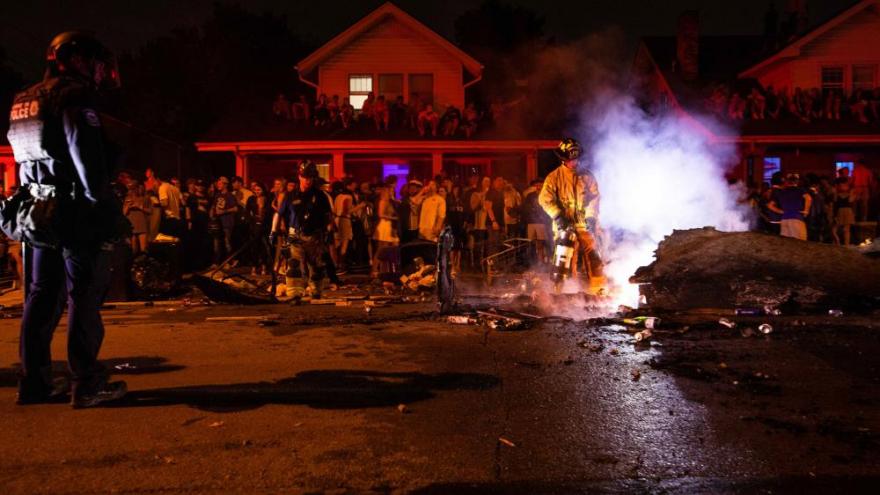 A burning piece of furniture on University Avenue is extinguished by the Lexington Fire Department after a victory by the Kentucky Wildcats over the Florida Gators.

(CNN) -- Fan celebrations following the University of Kentucky's victory over the University of Florida in Saturday's football game resulted in several fires and at least one arrest, according to Lexington officials.

A couch and trash were set on fire and at least two people were injured, he said, adding neither was life-threatening. Several of the department's fire trucks were struck with debris as firefighters were among the crowds extinguishing the fires, Sass said.

One man was arrested during the event and faces a charge of alcohol intoxication, Gordon added.

The crowd began to disperse around midnight, police said.

The Kentucky Wildcats beat the 10th-ranked Florida Gators 20-13 Saturday for the first time at home since 1986.