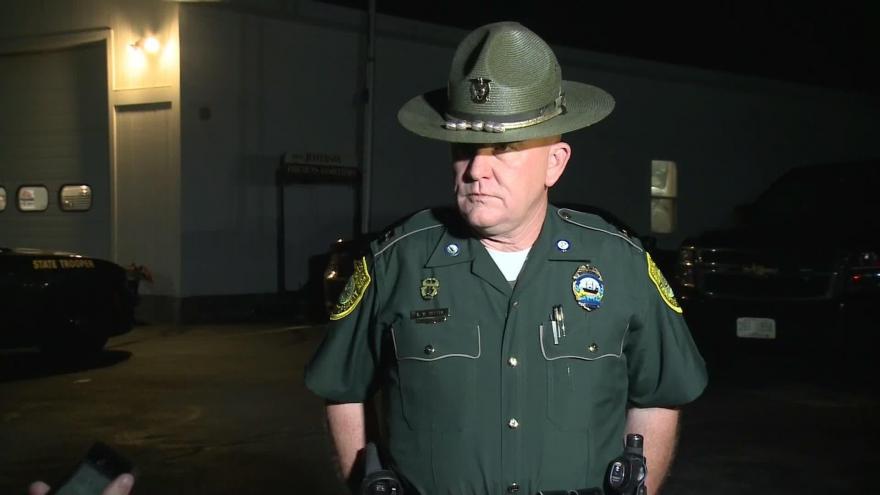 (CNN) -- Seven motorcyclists were killed and three others injured when they collided with a pickup truck that was going the opposite direction in New Hampshire, police said.

The pickup truck, a 2016 Dodge 2500, was traveling west on Route 2 while the motorcyclists were traveling east, police said.

The driver of the pickup truck has been identified as Volodoymyr Zhukovskyy, 23, Coos County Attorney John McCormick said at a news conference Saturday.

Zhukovskyy was working as a driver for a transportation company based in Springfield, Massachusetts, at the time of the accident and was the sole occupant of the pickup, McCormick said. CNN affiliate WMUR said the company was Westfield Transport Inc.

There have been no arrests made in the incident, and it is still under investigation, McCormick said.

When asked whether the driver of the pickup truck fled the scene, or whether drugs or alcohol were involved, New Hampshire Deputy Attorney General Jane Young declined to comment, citing an ongoing investigation.

Of the three motorcyclists injured, two have been treated and released from area hospitals. One motorcyclist who was transported by air after the accident remains hospitalized, according to New Hampshire State Police Col. Chris Wagner.

Young said the bodies of the seven victimes were taken to the medical examiner's office in Concord. The identities of the crash victims will not be released until all families are notified, Young said.

State police collision analysis and reconstruction teams are investigating the crash, along with local police and the Coos County Attorney's Office.

"The scene is pretty large and there's a lot of work to be done," Vetter said. "I don't know that I have ever seen a crash with this much loss of life. It was a pretty significant accident."

The National Transportation Safety Board said Sunday on Twitter it will send a team to conduct a safety investigation.

Route 2 was reopened to traffic on Saturday, according to WMUR.

'Motorcycles dumped all over the road'

Miranda Thompson told WMUR she was a few cars behind the crash and saw "motorcycles dumped all over the road."

"You could see people on the phone frantically calling, people pacing back and forth and just, they were lost," she told the affiliate."Everybody got out of their car and helped, got blankets and first-aid kits. Everyone went into action and just helped."

'"Our thoughts and prayers are with the victims, their families and first responders who answered the call. State officials are on the scene and assisting as the situation develops," he tweeted.

The state has no laws requiring motorcycle helmets.

"At this point there's no evidence given the horrific significance of what happened, whether it was helmet or no helmet, was going to provide survivability," Sununu said. "The no-helmet issue has been something the state has been dealing with for ages."