Seven detention officers fired, one resigns, after an in-custody death in a Texas jail 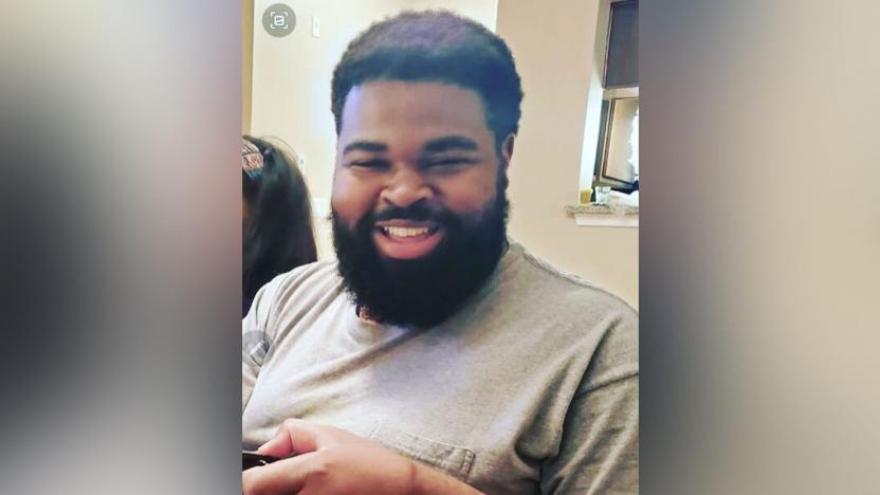 Seven detention officers in Texas have been fired, and an eighth has resigned, following the death in custody of Marvin David Scott III, a news release from the Collin County Sheriff's Office said April 1.

(CNN) -- Seven detention officers in Texas have been fired, and an eighth has resigned, following the death in custody of Marvin David Scott III, a news release from the Collin County Sheriff's Office said Thursday.

"Evidence I have seen confirms that these detention officers violated well-established Sheriff's Office policies and procedures," Sheriff Jim Skinner said in the release "Everyone in Collin County deserves safe and fair treatment, including those in custody at our jail. I will not tolerate less."

The involved officers were not identified, and the report did not indicate which policies or procedures were violated. Scott's cause of death has not been released, but the 26-year-old died about four hours after arriving at the jail on March 14 and displaying what officials called "strange behavior."

The terminations and resignation come amid an investigation by the Texas Rangers into the death, the sheriff's office said. They also come a day after Scott's family held his funeral, Lee Merritt, the attorney representing the family, told CNN on Thursday.

"We are pleased with this decision and consider this progress, the first step of many more to come. Next, these former officers need to be arrested and brought to justice," Merritt said in a statement to CNN. "Our team is now looking into the possible involvement of an 8th individual and we hope to meet with the district attorney's office soon and we look forward to meeting with the District Attorney's office."

Possession of less than 2 ounces of marijuana

Scott died at the Collin County Detention Facility after being arrested earlier in the day by the Allen Police Department, a news release issued March 18 by Allen Police Chief Brian Harvey said.

Scott was arrested for possession of less than two ounces of marijuana, Skinner said in a news conference March 22.

Scott was brought to the jail at 6:22 p.m. and "exhibited some strange behavior" while in the booking area, Skinner said at the news conference. Officers tried to restrain him to a bed, spraying him once with pepper spray and putting a spit mask on his face, the sheriff said.

"At around 10:22 p.m. while being placed on the restraint bed, Mr. Scott became non-responsive," Skinner said.

Staff started giving him emergency medical attention and he was taken to a hospital, where he was pronounced dead, Skinner said.

Skinner said he called the Texas Rangers to launch their investigation, and he started his own internal investigation the day after the death. He also placed officers on administrative leave.

"I was broken-hearted to learn that someone had died in our custody," Skinner told reporters.

"The death of this young man is a profound tragedy," the sheriff added, saying he had met with the family to express his condolences.

Allen police officers arrested Scott after responding to a disturbance call at the Allen Premium Outlets and finding Scott "acting in an erratic manner," according to the news release from Allen Police.

The officers "were concerned for his safety due to the possible ingestion of drugs," the release said.

Scott was taken by ambulance to the Texas Health Allen Hospital and was in the emergency room for approximately three hours, according to the release.

The release said Scott was "released with a physician's clearance that he could be taken into custody."

Scott was processed at the Allen Police headquarters holding facility before being transported and released to the custody of the Collin County Sheriff's Office, the release said.

An investigation into the death is ongoing, according to the news release from the Collin County Sheriff's Office.

In his statement released March 18, Harvey, the Allen police chief, said he had also met with the Scott family to share his condolences.

"When I asked how I could describe their son to our department and the Allen community, I learned that Marvin was a straight A student, a football player and generous to everyone around him," Harvey said.

The Texas Rangers declined to provide an update on the investigation. CNN has also reached out to the Allen Police Department for the arrest report and an updated statement following the termination of the sheriff's office detention officers.