Sesame Workshop debuts a new character who uses a wheelchair 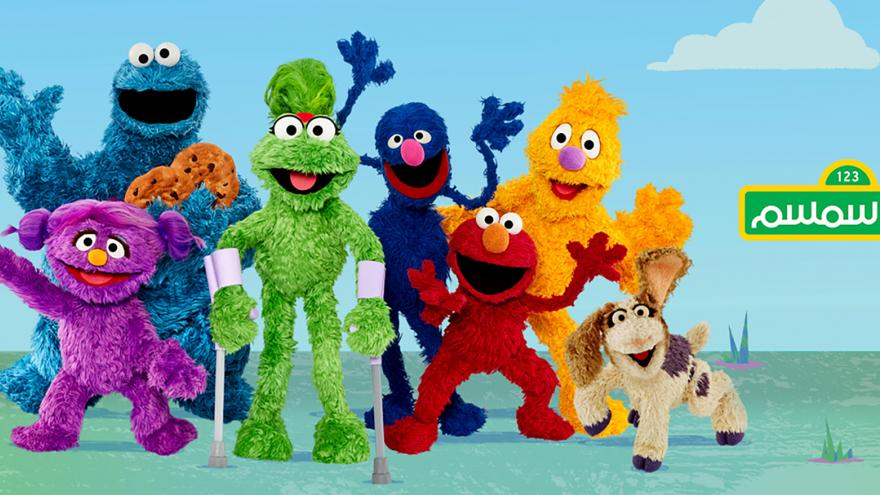 (CNN) -- There's a new furry friend in the neighborhood.

Ameera, the latest Muppet character from the team at Sesame Workshop, will soon make her debut on the new season of "Ahlan Simsim," the version of "Sesame Street" that airs in the Middle East and North Africa.

A born leader, Ameera is 8 years old and loves science and basketball. When she's not dreaming up experiments or shooting hoops, she loves cracking jokes and making her friends laugh.

Ameera also happens to use a wheelchair or forearm crutches because of a spinal cord injury. That small detail is meant to acknowledge the estimated 12 million people with disabilities around the world who have been forcibly displaced. The hope, the Sesame Workshop team says, is that children with physical disabilities will see themselves in Ameera, and that able-bodied children will see Ameera as not so different from them after all.

"We really wanted to bring in a new character who uses a wheelchair or other mobility gear because so many of the children in the populations we reach use mobility care," Scott Cameron, head of international production at Sesame Workshop, told CNN. "We wanted them to feel seen on camera."

The team also hopes that children will see themselves parts of themselves in Ameera's exuberant personality.

"Ameera is a really fun and cool girl," said Deborah Marie Rodríguez García, education manager of humanitarian programs at Sesame Workshop. "She loves sports, and she loves science, technology, engineering and math. We wanted to make sure that that is represented as well -- that girls can go against the gender stereotypes and biases."

"Ahlan Simsim," Arabic for "Welcome Sesame," premiered in 2020. It was originally created to help children who were facing trauma and displacement from the Syrian war process their emotions, and past seasons have focused on developing problem-solving and conflict resolution skills, Cameron said. This season's focus is on kindness.

Aside from being a regular character on "Ahlan Simsim," Ameera will also feature in a series of early learning videos aimed at children displaced by conflict around the world -- the videos are currently being adapted for kids affected by the war in Ukraine.

"I hope that Ameera and the rest of the Sesame crew will help children with their learning skills, providing them techniques to cope with difficult situations while bringing joy and happiness to their environment," García said. "We know that there's a really big gap in crisis and response efforts when it comes to providing early learning opportunities and early childhood development."