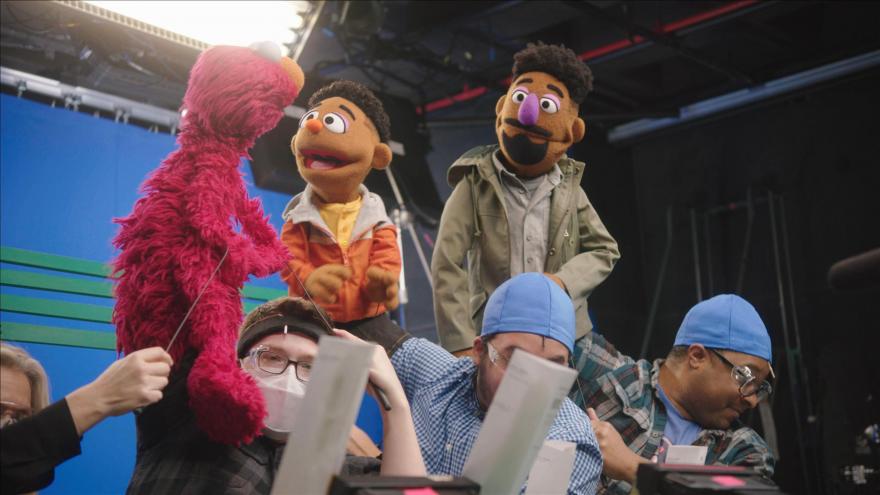 (CNN) -- "D" is for documentary, and "Sesame Street" gets celebrated in two of them this month: "Street Gang: How We Got to Sesame Street," a deep dive into the show's origins; and "Sesame Street: 50 Years of Sunny Days," a fairly dutiful, star-studded ABC special. The former proves considerably more interesting, but the two complement each other like Bert and Ernie.

"Street Gang" delves into the TV and cultural landscape in the 1960s, when children were bombarded by commercials without much designed to enrich them. As director Marilyn Agrelo's feature-length film makes clear, those tumultuous years fostered the idealism that inspired the show's architects to pursue a mission that would provide children -- particularly underprivileged and inner-city kids -- something that would use TV to educate as well as entertain them.

As Children's Television Workshop (since renamed Sesame Workshop) co-founder Joan Ganz Cooney and others recall, at the time academics were generally disdainful of television, so it took persuasion to convince them of the venture's potential.

Creatively, the effort brought together an eclectic assortment of personalities, the most renowned being Jim Henson, whose artistic genius prompted Cooney to instruct her lawyers -- much to their chagrin heading into a negotiation with him -- to give Henson whatever he wanted.

Speaking to surviving members of the early group and in some cases their children, "Street Gang" also devotes considerable time to talents like writer-director Jon Stone, the show's impact when it launched in 1969 and the broader cultural environment, including the initial refusal by Mississippi officials to carry the program over concerns about the diversity of its cast. (A commercial station offered to step in, and the all-White body overseeing the state's public broadcasting soon relented.)

Cast member Sonia Manzano remembers the importance of "Sesame Street" as "a kids show where adults didn't run for the door," characterized by the sophistication of its music and the boldness, relative to what else was on TV, of its themes. That included acknowledging the death of Will Lee, the actor who played Mr. Hooper, in a segment with Big Bird that taught children about dealing with grief and loss.

"Street Gang" chronicles those early days in ways that -- much like "Sesame Street" -- prove alternately interesting, funny and touching. Muhammad Ali and Orson Welles are shown singing the show's praises, and a real treat involves outtakes of the puppeteers, including the banter between Henson and Frank Oz when one of them messes up, prompting Oz to observe wryly, "We are unrelenting in our cruelty to each other."

Cooney describes "Sesame Street's" birth as "a magic moment" and "an idea bigger than ourselves." The ABC special (which fudges on the anniversary, but never mind) essentially commemorates that legacy, using interviews with a vast assortment of celebrities -- including First Lady Jill Biden -- to address the show's impact, including its willingness to deal with issues like race, AIDS (with the introduction of an HIV-positive Muppet in Africa) and most recently the coronavirus pandemic.

"Sesame Street" was "made exactly for this moment," Biden says, while Whoopi Goldberg notes that the program's secret sauce resides in its attitude of respecting toward children, treating them "like equal humans on the planet."

Some of the star testimonials can feel a trifle gratuitous, especially compared with the interviews of those directly associated with the series. The special fares better with its historical material, such as a never-aired episode tackling the issue of divorce.

Still, the broader message from both projects illustrates the importance of all those sunny days, to children then and now. In the process, they add to an appreciation of what the "Street Gang" built, and the way that decades-old vision has evolved to suit the times.

"Street Gang: How We Got to Sesame Street" premieres April 23 in theaters and May 7 on demand.

"Sesame Street: 50 Years of Sunny Days" premieres April 26 at 8 p.m. ET on ABC and will subsequently be available on Hulu.