Serena Williams appears to announce she plans to play at Wimbledon 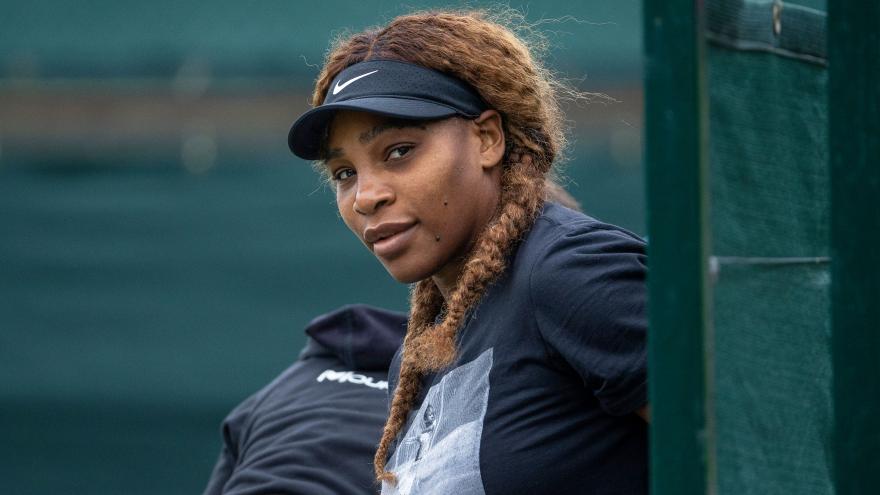 (CNN) -- Serena Williams appeared to have announced she's returning to compete at Wimbledon this year.

The 23-time grand slam champion strongly suggested in an Instagram story video with Green Bay Packers quarterback Aaron Rodgers that she'll be at the competition this summer.

"We've been talking about my comeback, and he's been hyping me up and getting me ready for Wimbledon," Williams said. "Can't wait!"

When Rodgers asked Serena why she wouldn't be participating in this year's US Open, Serena responded with, "Wimbledon's before the US Open, I've got to play Wimbledon first. Exciting!"

CNN has reached out to Williams' representation for comment.

The 40-year-old Williams has not played since last year's Wimbledon when she retired during her first-round match against Aliaksandra Sasnovich due to a hamstring injury.

At the end of the video, Rodgers pointed to Williams and said: "She's back."

She was forced to miss January's Australian Open following the advice of her medical team, announcing in December that she wasn't "where I need to be physically to compete."

The tennis superstar had told CNN's Christiane Amanpour last month she hoped to play in the French Open in May if physically ready.

Wimbledon is scheduled to start on June 27 and run through July 10 from the All England Lawn Tennis & Croquet Club.